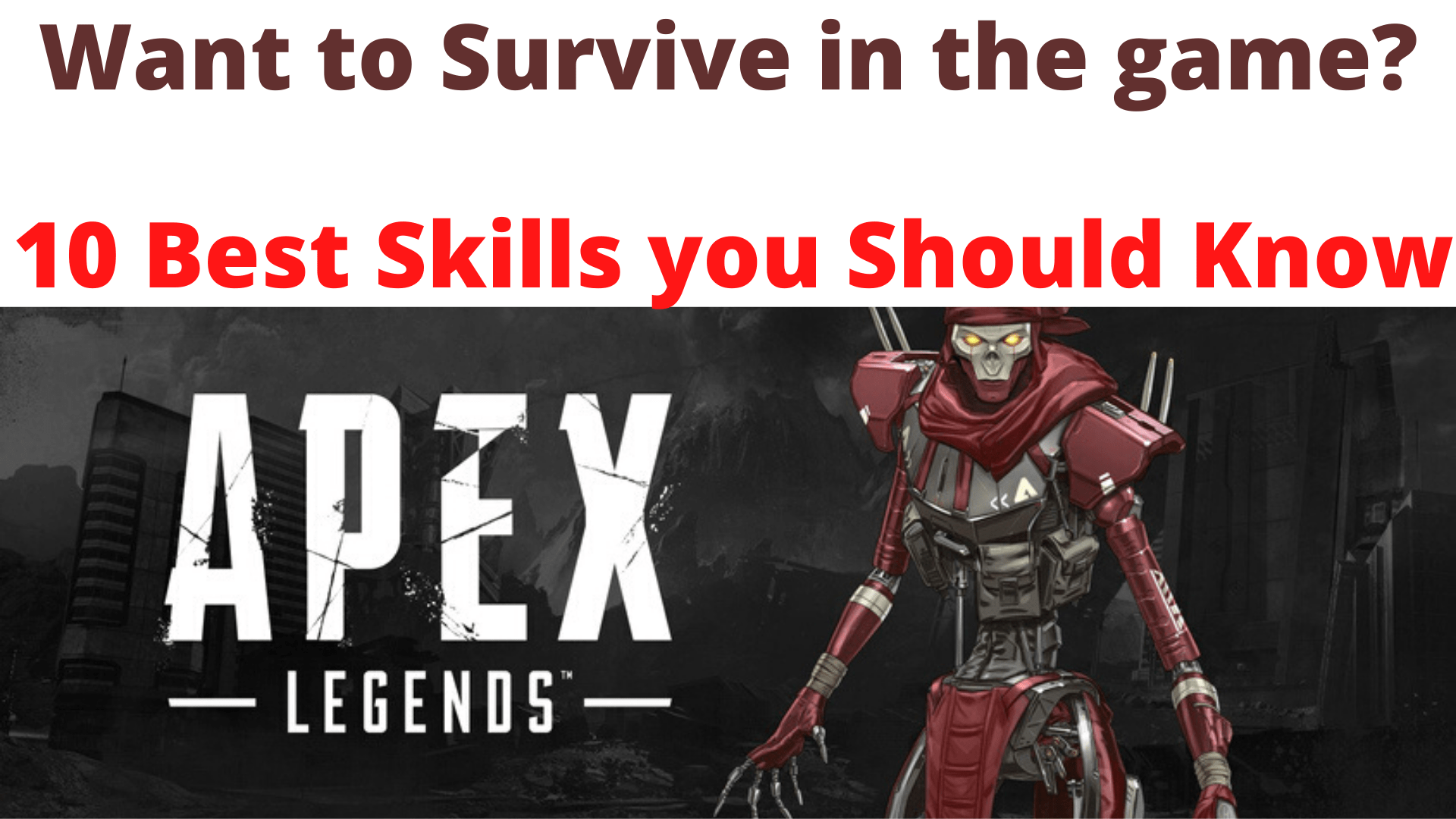 Apex Season 5 has released last month and players are very excited to play this new release. Moreover, players are finding Apex legend skills to survive in the game. Today I am going to share 10 best apex legend skills that would be useful to you during gameplay. Season 5 comes with a lot of updates in Loba, Kings canyon, Charge Towers, season quest, and Various other great Apex legend season 5 updates. With new updations, you require new skills. Scroll down to Know more!

Loba is finally coming back to season 5 and players are eager to know what she will bring next. From instantaneous teleportation to soft market skills, this one has got all the amazing stuff. Teamwork is the most important thing that matters in the game. Read below to know the top 10 skills that will help you in the gameplay.

Stay together with the team is very necessary. If you have started as a team, then be with your squad. getting separate from the team may prove to be harmful to you as well as the other part. From the revival system to the ping system to combat, it’s built for cohesive teamwork.  Apex legends deeply focus on teamwork.

Grab a weapon keeping in view the bag Size. Keep only consumable items with you.

Healing takes time and you should recover your health by taking off from the field. When you are in a shortage of health and Shields, you need not be active.

Ballons can be very useful for quick navigation. If you want to cover ground quickly, head over to one of them and ride the vertical zipline.

5) Do not afraid of ring

While playing the Apex legend game, the Battle ring will start decreasing as you get closer to the end. Once the timer for each round hits zero, a new timer starts that tells you when the ring will start shrinking. And you will have a lot of time to avoid closing the ring. So, do not be afraid of Ring size.

It’s sometimes clever to post up just inside the ring as it’s closing.

From a team of three, one would be chosen as a jumpmaster. Jumpmaster is the only one to take the final decision of in which direction the squad will move. Sometimes, you may strongly disagree with the jumpmasters decision and start moving in another direction. DO not do this! Splitting from the team not only increases the chances of early demise but also decreases your chances of reviving. So better to stay with the jumpmaster.

Do not forget that you have the ability to stand out in every difficult situation. Use those abilities at the right time there is no goodness in saving for later if you die now! All 12 legends have 3 abilities grouped as passive, tactical, and ultimate abilities. If you are in firelight use the ultimate ability.

Ultimates charge very fastly at the start so you can use them multiple times in a single match.

Yellow gear can help you in one or in other ways. There are five pieces of yellow legendary gear in Apex Legends.  Their stats is the same that of purple, but perks are distinct.

Choosing a legend is one of the very important tasks in the game that needs to be done carefully. Apex legend has 12 legends, each one has its own passive, tactical, and ultimate ability. However all the legends are best, you should give a try to all one-by-one in order to analyze which one works best in which condition.

10) Be careful while reviving teammates

If one of your teammates has fallen risky, so you might think of helping him out. Be careful while doing so. Let your teammate come to a safe position before you go for reviving. Sometimes the team member will have to bleed out due to the situation. In such cases, you bring them back to life by recovering their banner within 90 seconds.

Well, Players! These all are the Apex Legend skills you need to survive in the game. I hope you would grab these skills firmly an make a stay in the game.

Do not forget to share these amazing apex legend skills with your friends and family. Mention in comments your feedback.