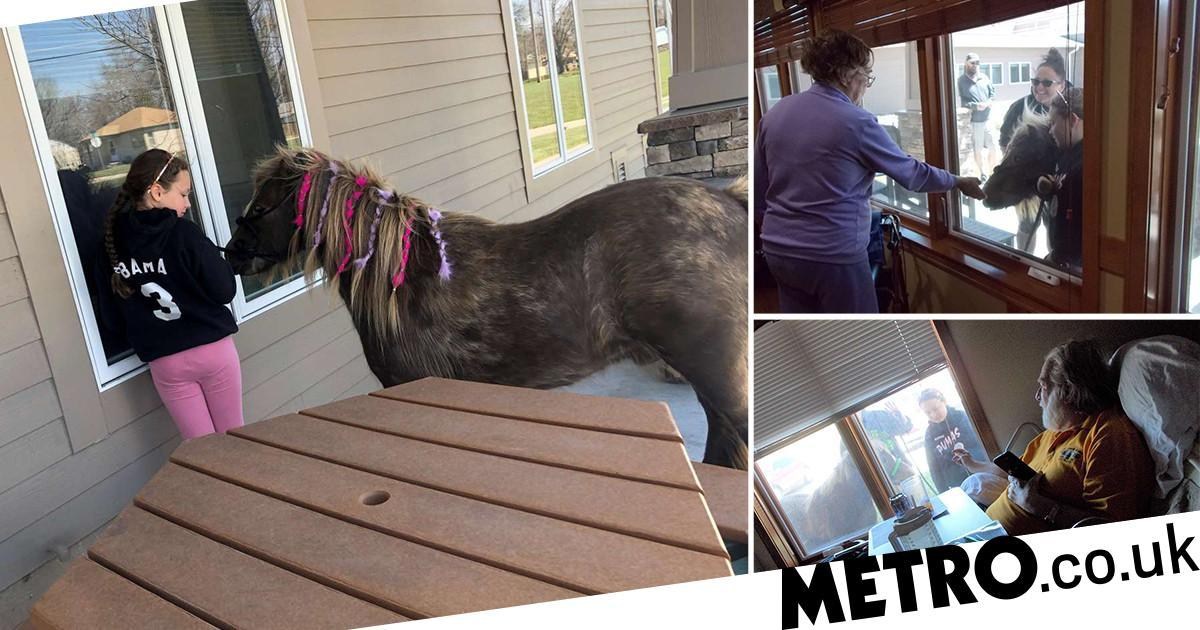 The pandemic is bringing out the best in people.

Across the pond in Beatrice, Nebraska, an 11-year-old determined to help those most vulnerable has come up with an ingenious idea.

When Jorja Boller heard that care home residents were stuck in self-isolation, she decided to cheer them up with a visit.

But to make the event even more special, she brought along her adorable pony, Peanut.

The pair went from window to window, waving and chatting to elderly residents at Good Samaritan Society, a local nursing home where Jorja has been a volunteer for five years.

‘Jorja and her mom were talking about how Peanut always cheers them up so they thought, “Maybe he could cheer up my people at Good Sam,”‘ Robin Gascon, the director of marketing and resource development at Good Samaritan, told Insider.

Unsurprisingly, the people living at the care home were delighted to see Jorja and Peanut.

‘They would see the staff come to the window and they would wave and you could tell right when their eyes saw the pony because they instantly lit up with smiles from ear to ear!’ she said.

Jorja is committed to helping the people at the care home, but this isn’t the first random act of kindness she has taken on.

A few years ago, she launched an annual fundraiser to ensure that all of the residents would be given a Christmas present, pulling together 500 presents through her initiative ‘Gifts for Grands’.

We can’t wait to see what kind act the youngster comes up with next.

Also… could we also get a visit from Peanut, please?

Get in touch by emailing MetroLifestyleTeam@Metro.co.uk.