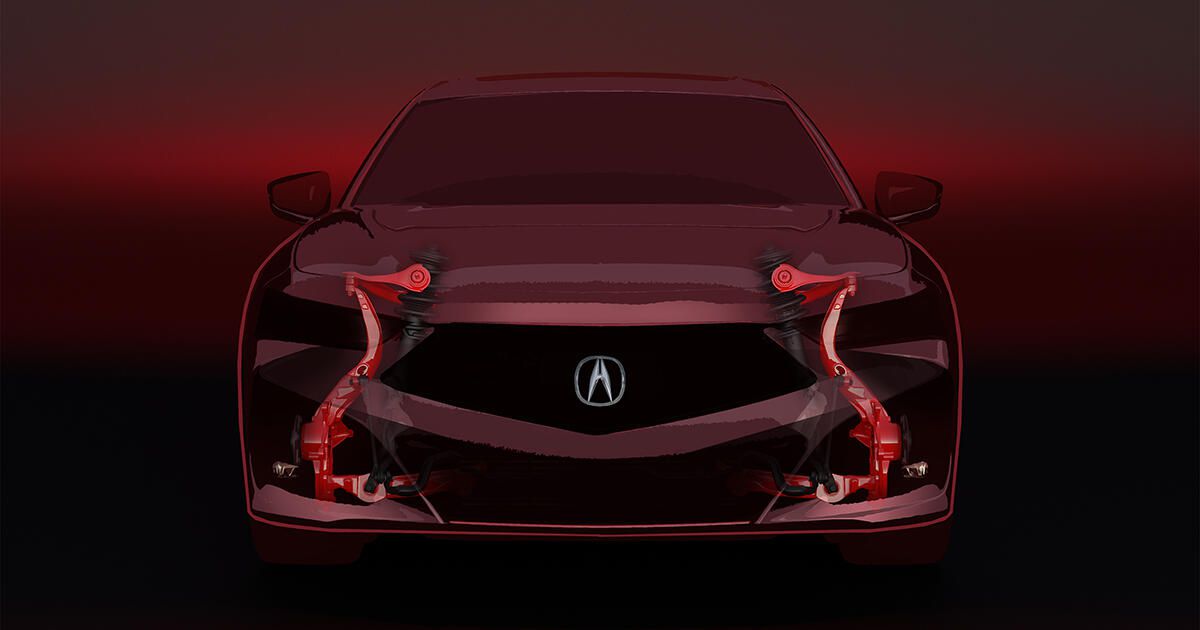 Acura will officially debut the 2021 TLX — including the Type S — on Thursday, May 28. We’ve seen the Acura TLX’s rear end, but on Tuesday the company released a second teaser image, not only detailing the front suspension setup, but giving us our best look yet at the TLX’s face.

The new TLX will use a double-wishbone front suspension design, rather than the MacPherson strut setup commonly used by other compact and midsize sedans. Acura currently uses this suspension geometry on its NSX hybrid supercar, and previously used it on a number of other vehicles like the Legend, the Integra and, most recently, the TL Type S.

A double-wishbone suspension setup is slightly heavier and more complex than the aforementioned MacPherson strut design, but the pros often outweigh the cons. This design is stiffer than the MacPherson setup and increases negative camber, which maximizes grip while cornering. Acura reiterates that the 2021 TLX will be “the quickest, best-handling and most well-appointed sport sedan” in the brand’s history, according to a statement.

Beyond the suspension, Tuesday’s teaser image gives us a pretty clear look at the new TLX’s face, which, unsurprisingly, takes a lot of inspiration from the 2019 Type S concept that debuted last August. We’ll reserve final judgment until we can see the full car, but from this rendering, the front fascia looks sharp, and overall, the sedan has a low, wide stance.