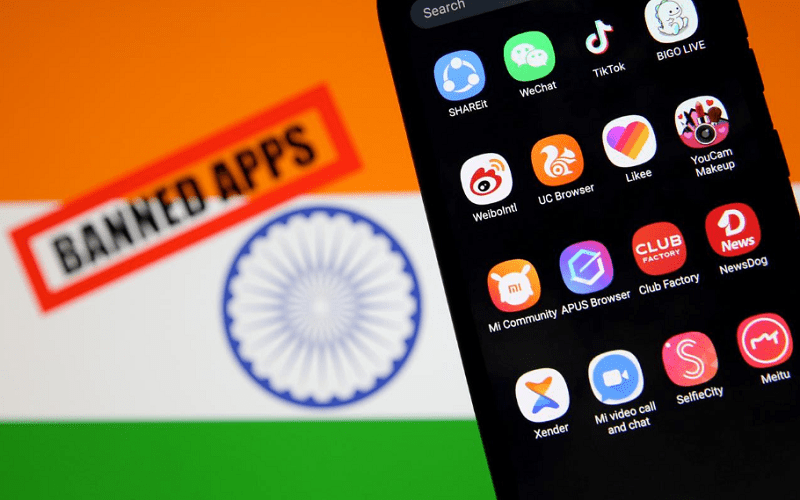 In order to give heights to the Chinese app boycott mission, on Monday the Indian government banned 47 more Chinese apps that were reportedly given access to the previously banned apps. And 275 more Chinese apps are listed that will be examined for violation and national security and user privacy.

To recall, the Indian Ministry of Electronics and IT’s (MEITY) banned 59 Chinese apps on national security grounds amid geopolitical tensions between India and China. The ban took place late last month where many popular apps like TikTok, WeChat, Shareit, UC Browser, and more were restricted. That ban was announced under the provisions of Section 69A of the Information Technology Act to “protect national interest and security”.

The new boycott comes as a subsequent where applications that give access to recently prohibited applications are at the center of attention. Additionally, many cloned light forms of the restricted applications have been spotted including TikTok Lite, Helo Lite, ShareIt Lite, Bigo Lite, and VFY Lite, which are allegedly inaccessible on Google Play Store. A Ministry of Electronics and Information Technology official stated, “The applications were seen as working in spite of the boycott through these forms. They have been brought down from application stores.”

According to the Economic Times, the Indian government has listed 275 Chinese apps for reviewing any violation of national security and user privacy. This list includes PUBG mobile, Zili by Xiaomi, AliExpress by Alibaba along with Resso and Ulike created by Bytedance.