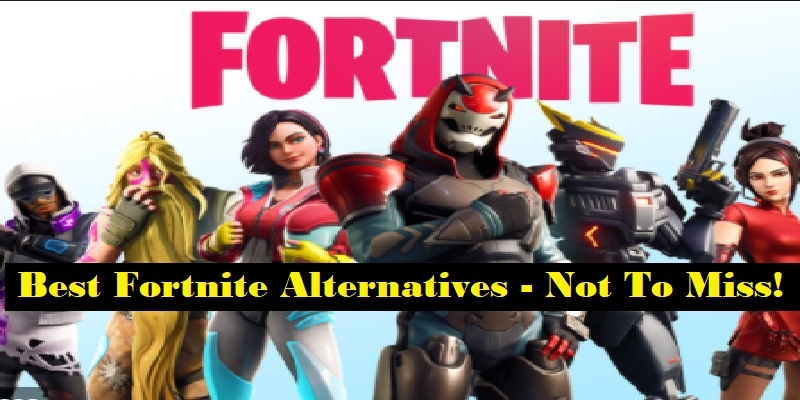 With each new season, the game is growing But sometimes its time-consuming challenges do not suit everyone. If you have bored with the long run time of Fortnite, then don’t worry as there are many best Fortnite alternatives 2020 which can satisfy your cravings of gaming and you can have the unmatched fun in them.

There are many games nowadays but there are very few who have won millions of hearts. Fortnite leads the charts among them. Fortnite is one of the best battle royale titles having millions of active players worldwide.

Let us know more about the best Fortnite alternatives in 2020 here.

Fortnite is no more on Google Play Store and App Store. So if you are fond of Fortnite then you may feel disheartened. But don’t worry there are many alternatives for the Fortnite battle royale game.

Here’s the list of all the games that we have included in this article.

It is immensely popular among gamers. PlayerUnknown’s Battlegrounds (PUBG) is an online multiplayer battle royale game that is developed by PUBG Corporation, which is a subsidiary of South Korean video game company Bluehole.

Its craze among players is never-ending. It is one of the most played games ever seen before.

It is a multiplayer first-person shooter video game developed by Valve and Hidden Path Entertainment. It is the fourth game in the Counter-Strike series.

The most attractive part is that It is free to play !!

It is developed by Respawn Entertainment and published by Electronic Arts. It has a huge fan following among gamers. Moreover, the game does not require as much communication with the other players as others want.

It is one of the best Fortnite alternatives for sure. if you are a pro gamer, then this is for you. It requires DirectX 12 compatible system.

It is a multiplayer online game developed and published by Digital Extremes. Warframe is a highly addictive game once you start playing it, then there is no coming back. But, what makes the game even more interesting is the free stuff distributed by the management.

It is a better choice if you are fond of Fortnite as its platform and interface are very much similar. It is surely the best Fortnite alternatives, which is setting new records every day.

Firestorm is essentially a more limited version of the massive, tactical modes that “Battlefield 5″ already offers in Conquest and Rush.

H1Z1 is a fast-paced and highly engaging battle royale shooter where all the gamers grab weapons and drive vehicles. It is a free-to-play battle royale game developed and published by Daybreak Game Company.

This is all about Best Fortnite Alternatives. What are you waiting for?? Go and play these amazing games like Fortnite.

But don’t forget to share it maximum with your play-mates.