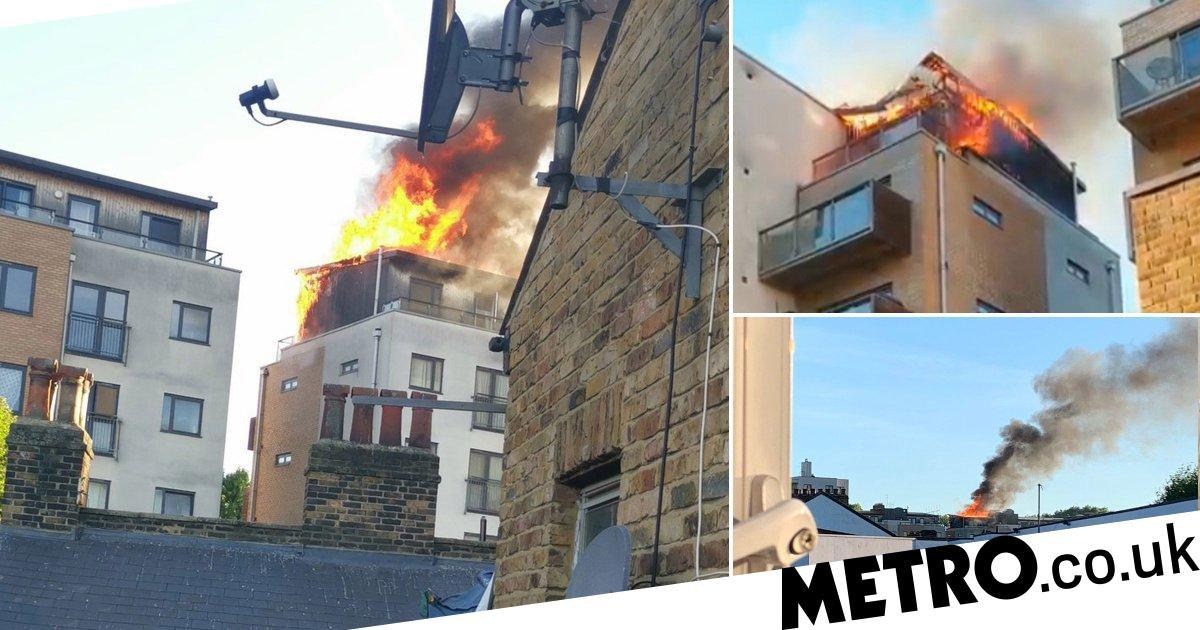 Dramatic footage shows plumes of smoke billowing into the sky after a fire broke out at a block of flats in south-east London.

Around 80 firefighters were called to the tower block in Deptford this evening and remain at the scene. It is not yet known what caused the fire this evening.

The London Fire Brigade said around 80 firefighters and twelve fire engines had been sent to the scene, where a flat on the sixth floor and part of the roof is alight.

Thick smoke rising from the building could be seen across the capital while video footage shows firefighters attempting to extinguish the blaze with an aerial device.

Taking to Twitter, one witness said: ‘Just went for an evening walk with my kids and witnessed a fire block on flames in Deptford, South East London.

‘Another block of flats on fire in London. Praying all the occupants are safe.’

At around 8.25pm Andrew King shared a video on Twitter appearing to show the main fire being out out and London Fire Brigade ‘damping down’.

The brigade’s 999 control officers have taken 34 calls regarding the fire. The service was first called just after 7.25pm.