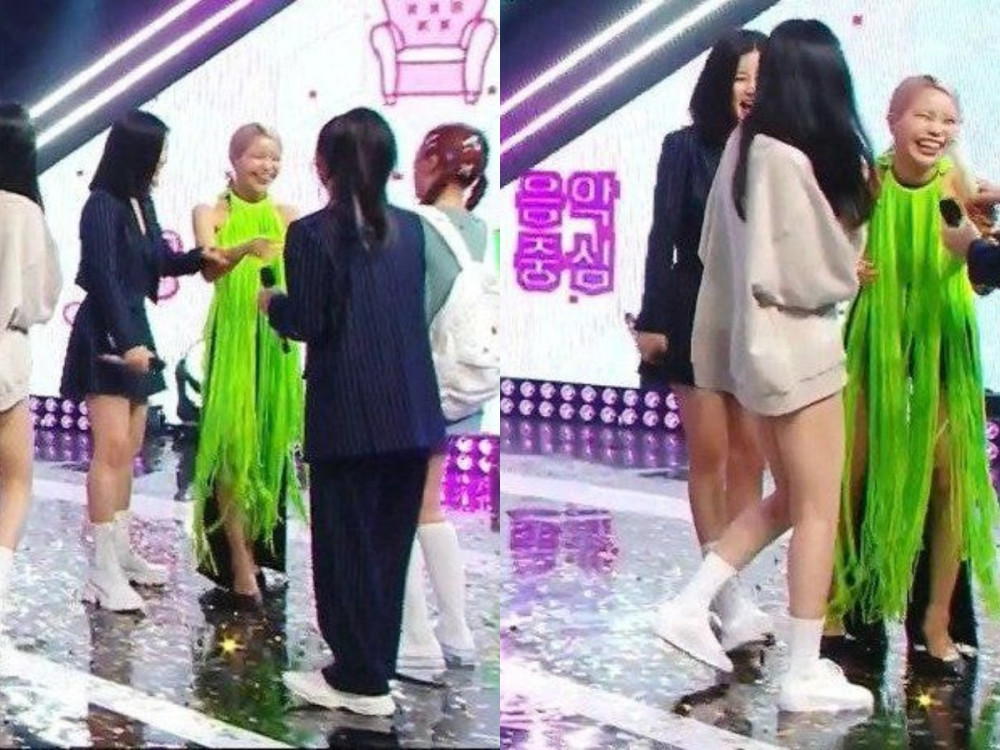 On April 25th broadcast of ‘Present! Music Core’, MAMAMOO’s Photo voltaic made her solo debut with “Spit it Out“, whereas A Pink who took the win with “Dumhdurum“. Through the finale, Bomi was seen holding a leek (“Daepa” in Korean). She lastly noticed Photo voltaic on the again, then gave her a leek which vastly resembled Photo voltaic’s stage outfit.

This was a reference to the meme the place Photo voltaic herself commented she favored her “Daepa look”.

Aren’t they cute and humorous? Try the snippet beneath and you may rewatch their on-stage performances right here.