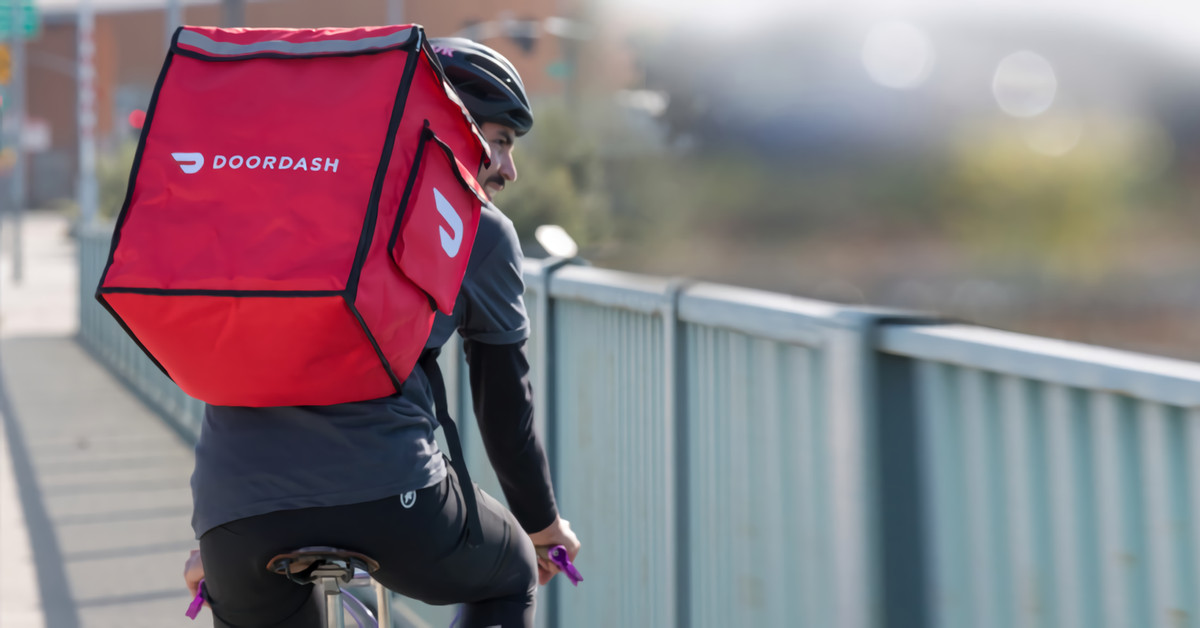 There are many things that don’t make sense about global capitalism that I enjoy anyway — the clearly inadvisable, venture-backed monstrosities like dockless scooters and ride-sharing that, in the before times, changed how I interacted with the places I went. The thing that doesn’t compute for me is how these companies continue to burn through a reality-warping amount of other people’s cash in a way that upends the basic economics of things like taxi service and food delivery and fail, intentionally, to turn a profit.

Yesterday, Ranjan Roy, a content strategist and writer, wrote about the latter in his newsletter The Margins; one of his friends who owns a few pizza restaurants suddenly got an influx of customers complaining about delivery when the restaurants didn’t offer delivery. “He realized that a delivery option had mysteriously appeared on their company’s Google Listing. The delivery option was created by Doordash,” Roy wrote.

Apparently, this is one way that DoorDash does customer acquisition — by bullying restaurants. But what’s funnier about Roy’s friend’s problem (and it was a real problem because of Yelp reviews and angry customers) is that DoorDash priced the pizzas incorrectly. “A pizza that he charged $24 for was listed as $16 by Doordash,” emphasis Roy’s. And then: “My third thought: Cue the Wall Street trader in me…..ARBITRAGE!!!!”

And so the story unfolds. “If someone could pay Doordash $16 a pizza, and Doordash would pay his restaurant $24 a pizza, then he should clearly just order pizzas himself via Doordash, all day long. You’d net a clean $8 profit per pizza [insert nerdy economics joke about there is such a thing as a free lunch],” wrote Roy. They order 10 pizzas this way, and it worked! The money was free, a seamless transfer from SoftBank’s deep venture capital-lined pockets to Roy’s friend’s business bank account. Eventually, in another series of what Roy hilariously calls “trades,” they just ordered pizza dough through DoorDash for $75 in pure profit.

“So over a few weeks, almost to humor me, we did a few of these ‘trades’. I was genuinely curious if Doordash would catch on but they didn’t,” wrote Roy. “Was this a bit shady? Maybe, but fuck Doordash. Note: I did confirm with my friend that he was okay with me writing this, and we both agreed, fuck Doordash.” (I reached out to DoorDash for comment and will update this story if they reply.)

Later in the piece, Roy points out that DoorDash lost $450 million generating $900 million in revenue last year, which is wild. The delivery business was working just fine before DoorDash and co. swept in with piles of money to burn. Today, as Roy writes astutely, the model is broken. “You have insanely large pools of capital creating an incredibly inefficient money-losing business model,” he writes. “It’s used to subsidize an untenable customer expectation. You leverage a broken workforce to minimize your genuine labor expenses. The companies unload their capital cannons on customer acquisition, while this week’s Uber-Grubhub news reminds us, the only viable endgame is a promise of monopoly concentration and increased prices. But is that even viable?”

The answer isn’t clear because we’re very far from the old ways. By the magic of venture capital, some businesses don’t have to make money to survive. And that’s upended things for everyone. “Third-party delivery platforms, as they’ve been built, just seem like the wrong model, but instead of testing, failing, and evolving, they’ve been subsidized into market dominance,” as Roy puts it. “The more I learn about food delivery platforms, as they exist today, I wonder if we’ve managed to watch an entire industry evolve artificially and incorrectly.”

As Bloomberg put it last Halloween: “GrubHub Inc. just announced disappointing quarterly results and said that food delivery is only a means to an end, unlikely to ever be profitable on its own. The risk heading into 2020 is that the inevitable reckoning for the food-delivery businesses will spread to the broader restaurant industry.” And at the end of the first quarter of 2020, that looks more prescient than ever. According to its first quarter report, GrubHub, the only profitable restaurant delivery business, lost $33.4 million over the last 3 months. (In fairness: COVID-19.)

I am no venture capitalist, but I think Roy is right. If your business doesn’t have the traditional incentives — to reiterate, the point of a capitalist business is to make money — and only has to focus on scale, entire industries can collapse or at least end up confused. The thing about all of this is that the old ways weren’t inefficient or even that inconvenient. If these businesses collapse, as Uber is currently collapsing, I can’t imagine that customers won’t go back to how things were before, assuming restaurants et alia survive. (I, for one, am hoping they do.) Hailing a taxi or ordering delivery might be a little more difficult after the venture capital dries up, but as long as you can still use a smartphone to call people, I think we’ll be all right.