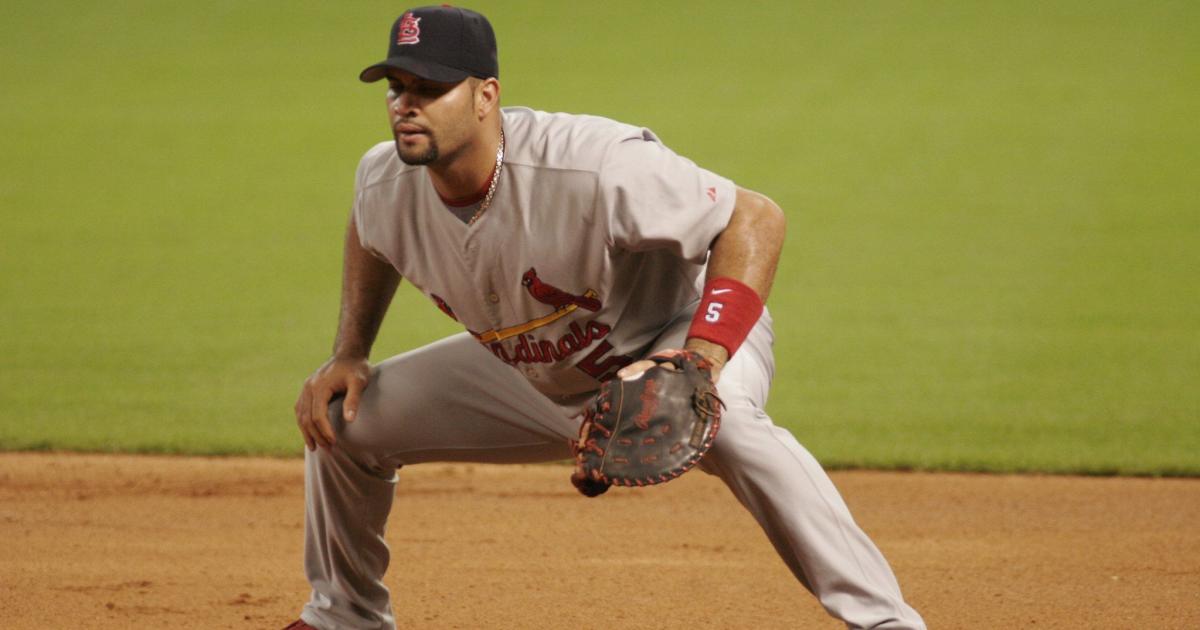 Over the past few weeks, Joel Reuter, of Bleacher Report, has been doing re-drafts of draft years of the past. While these are enjoyable to read, towards the end, you don’t see players that would be considered memorable.

After dabbling in re-drafting everyone eligible to be picked, in the 1990s in both the NBA and NFL, let’s do so in the MLB as well. It’s a two-round draft, and since there are 30 teams, there are 30 players per round.

(Due to a character limit, blurbs on second-round picks were omitted. All stats listed and when they were drafted were found at Baseball-Reference.)

Named AL MVP three times, Rodriguez is third in MLB history with 2,086 RBIs, fourth with 696 home runs, and eighth with 2,021 runs. His Baseball-Reference page is filled with bold ink as he led the AL in homers and runs five times, slugging percentage four times, RBIs twice, and batting average once.

Finishing just one vote shy of being voted in unanimously into the Baseball Hall of Fame in 2010, Jeter was the face of five Yankees teams that won the World Series.

One of the most gifted hitters we have ever seen, Ramirez earner nine Silver Sluggers and was named MVP of the 2004 World Series. Owning stellar career marks of a .312 batting average and .996 OPS, Ramirez hit 555 home runs (15th all-time) and drove in 1,831 runs (19th all-time).

In each of his last 17 seasons, Mussina finished with a double-digit win total and tallied 270 of them in his career. The seven-time Gold Glove winner had nine top-six AL Cy Young finishes and struck out 2,813 hitters.

Inducted posthumously in the Baseball Hall of Fame in 2019, Halladay is one of two pitchers to ever throw a no-hitter in the postseason.

He is also one of five pitchers to win a Cy Young in both leagues (2003 with the Blue Jays and 2010 with the Phillies).

A nine-time All-Star, Beltran was named 1999 AL Rookie of the Year while also winning three Gold Gloves and two Silver Sluggers. For his career, he belted 435 home runs, had eight seasons with at least 100 RBIs, and seven with over 100 runs.

Named NL Rookie of the Year in 1997, Rolen was one of the slickest fielders at the hot corner as evidenced by his eight Gold Gloves. He was far from a slouch at the place as well hitting a career 316 homers and 517 doubles with an .855 OPS.

Sabathia was the 2007 AL Cy Young while with the Indians and compiled 251 wins over the course of his 19-year career.

A career .316 hitter, Helton spent the entirety of his 17-year career with the Rockies. During that time, he won four Silver Sluggers, three Gold Gloves, a batting title, and knocked in 1,406 runs.

Over the course of 17 years, Hudson finished with an excellent 222-133 record and 3.49 ERA. He was a top-six Cy Young finisher four times (three times in the AL, once in the NL) and won a World Series with the Giants in 2014.

The all-time leader in wins in the postseason with 19, Pettitte won five World Series while with the Yankees.

A dominant reliever during his 16 seasons, Wagner ranks sixth all-time with his 422 saves. He has superb career marks of a WHIP under one, an ERA of 2.31, and 11.9 strikeouts per nine innings.

One of the game’s premier sluggers during his playing tenure, Giambi had seven seasons of at least 32 homers and 440 for his career.

He was patient as well leading the AL in walks four times and three times in on-base percentage.

Providing highlight plays seemingly on a game-to-game basis in centerfield, Hunter took home Gold Gloves in nine straight years from 2001-09. He also would hit 498 doubles and 353 home runs over 19 seasons.

A five-time All-Star, Buehrle’s career spanned 16 seasons, and he went on to win 214 games. He led the AL in WHIP in 2001, won four Gold Gloves, and helped guide the 2005 White Sox to a World Series crown.

Named the 2007 NL MVP, Rollins was also one of the main catalysts of a Phillies team that won the World Series the following season. A four-time Gold Glove winner, Rollins finished his career with 2,455 hits and 470 steals.

If this was based just on the height of their careers, Garciaparra would be much higher as he was the 1997 AL Rookie of the Year and a two-time AL batting champ.

Unfortunately, injuries began to pile up, but he is still a career .313 hitter.

A cornerstone of a Yankees franchise that won three straight World Series from 1998-2000 (also was a World Series winner in 2009), Posada earned five All-Star nods and five Silver Sluggers in his career. He drove in 1,065 runs over 17 seasons.

Nathan had nine seasons of at least 35 saves, and his 377 career saves are the eighth-most all-time.

The six-time All-Star owns a career 2.87 ERA and struck out 9.5 batters per nine innings.

The AL leader in stolen bases four times, Crawford went on to swipe 480 bases in his career.

He also led the AL in triples four times, batted at least .300 on six occasions, and scored over 100 runs three times.