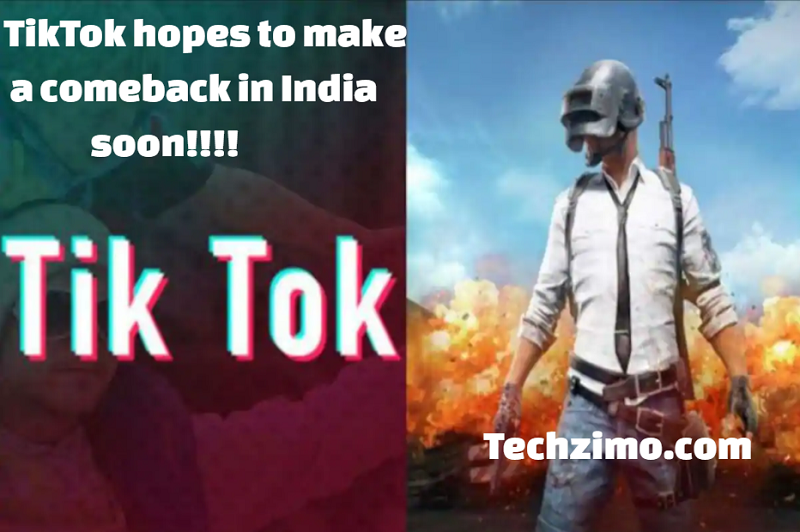 After the sudden ban, Indian Tiktokers were in shock but here is good news for all the TikTok fans. TikTok may re-enter the Indian market and TikTok lovers can start creating short lip-sync videos again.

The Bytedance owned short lip-sync video app TikTok has banned in India along with 57 Chinese apps due to threat to national security. PUBG was also banned in India but now PUBG is accessible for Indian users and there is a hope that TikTok will also make a comeback. TikTok was in the first set of banned apps in India and PUBG was included in the second wave. According to Indis Today TikTok has retained tits employees in the country and working with the government to resolve the issues.

Recently PUBG has confirmed officially that it is coming back to India with Microsoft and all the user data will be stored in Microsoft’s cloud platform Azure. After the declaration of PUBG, TikTok head of India Nikhil Gandhi had assured his employees in an email that the company is trying hard to make a comeback and working closely with the government to take care of the issues that were raised.

“We remain committed to the positive impact our platforms can have on society. Our employees have been at the heart of our business and we place the utmost importance on our employees’ personal and professional well-being,” Gandhi said in the email, according to people familiar with the matter,” Gandhi stated in its email.

Gandhi also told that the company is fully committed to complying with all the rules and security needs and thus TikTok might make a comeback in the Indian market.

“We have demonstrated unequivocal commitment to comply with the local laws, including data privacy and security requirements, and are therefore optimistic about a positive outcome. Our clarifications have been submitted to the Government and we will continue to allay any further concerns they may have. Together with our employees, we remain dedicated to our users and creators who have found not only recognition but also new avenues of livelihood through our platform,” Gandhi said in the email.

TikTok possessed a huge user base in India and after the Galwan Valley clash Indian government decided to ban TikTok along with other Chinese apps. Nevertheless, if TikTok gets successful to get rid of its Chinese connection then it may enter India again.

If you are a TikTok lover and waiting for TikTok curiously then you have to wait for the official announcement. We will update you when there would be any official confirmation so stay with us.

Related Topics:TikTokTikTok hopes to make a comeback in India soon