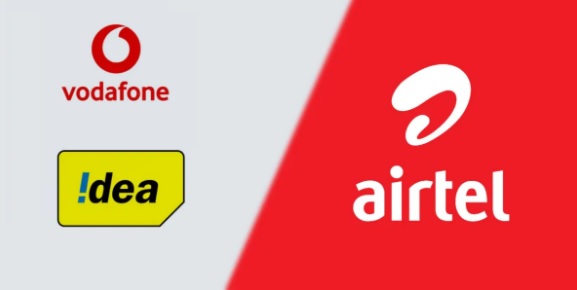 Among all the telecom providers in India, Airtel gained the highest proportion of users throughout the year 2020 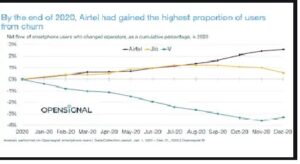 Recently. OverSignal( the global mobile analytics company) has shared data about the best telecom service in India. Airtel has gained a large number of users, Jio neither gain nor lose subscribers. But Vi is gradually losing its users.

Vi is continuously losing subscribers due to churn throughout the year. It is due to poor network quality. People are switching to Airtel.

According to OverSignal reports, Airtel gained 4.5 million users in December. Now, Airtel has a subscriber base of 338.7 Million. It is still lower than Jio subscribers.

By the end of August, Both telecom companies, Airtel and Jio are steadily gaining their users. But, in September, Jio has hiked the prices of its recharge plans.

After that, the users of Jio got flatten. The reason for switching is the poor connectivity experience of Vi.

The negative trend was “more pronounced from mid-November onwards.”

Vi experienced a major downfall in the number of users. The leavers talk about it. They said they were experiencing poor 4G connectivity.

Opposite to it, rival companies Airtel and Jio are provided the best quality of the network.

According to the Statistic which was released recently, Reliance Jio added roughly 479,000 new subscribers in December. On the other hand, Vi lost 2.8 million subscribers.

“Leavers across Airtel, Jio and Vi on average spent between 74% and 155% more time without a mobile signal compared to the average scores on their networks; they also spent less time connected to either a 3G or 4G mobile connection — 3G/4G Availability — and they experienced lower 4G Availability,”