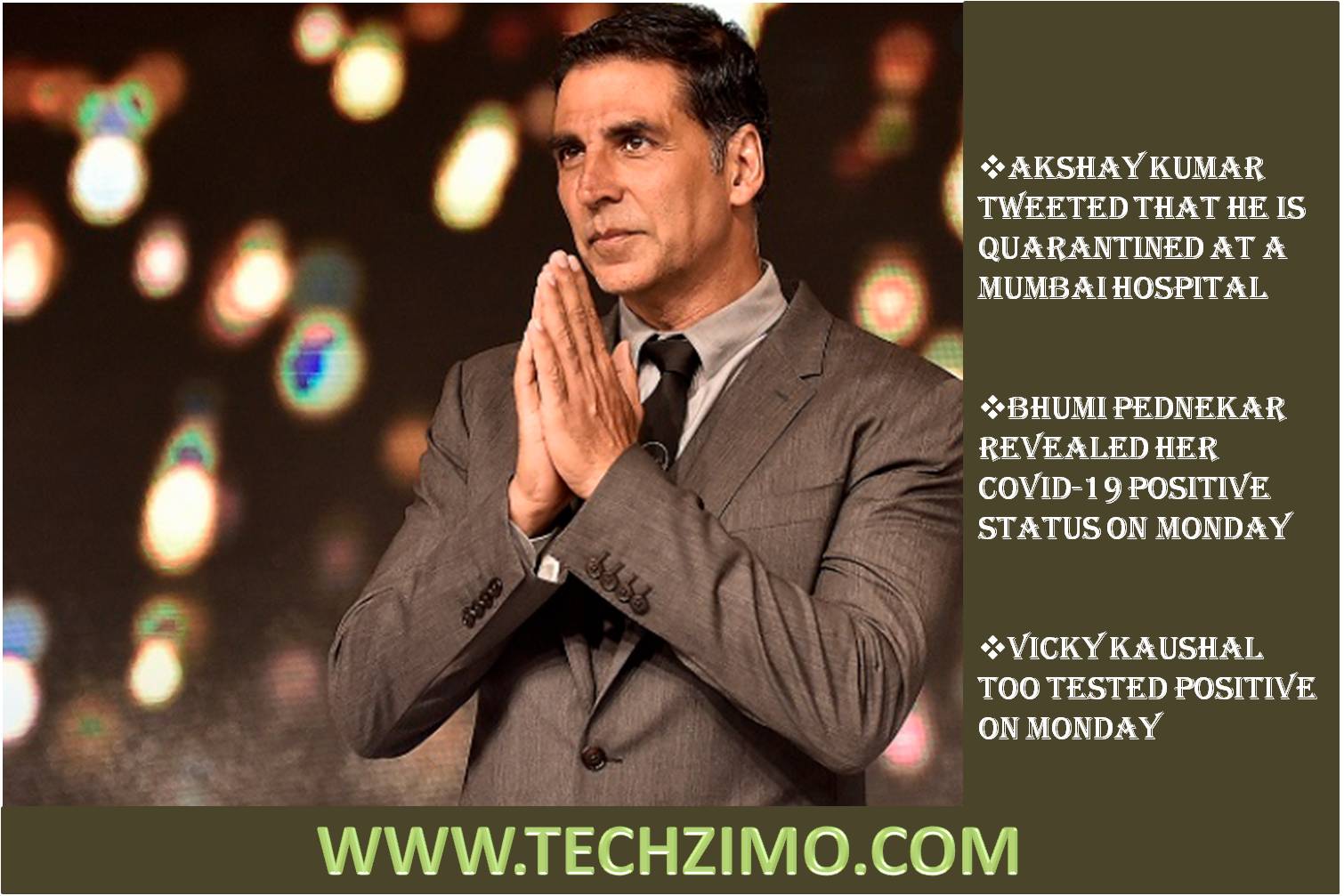 Akshay Kumar the popular action hero of Bollywood has unfortunately diagnosed with COVId-10. He revealed this news on social media one day later. He has been hospitalized in Mumbai.

In his tweet, the popular actor addressed his fans and followers and thanked them for showering infinite love and blessings for him.

Thank you everyone for all your warm wishes and prayers, they seem to be working.” In his statement, Akshay added that he is in the hospital as a precautionary measure and that he is looking forward to being back home soon: “I am doing fine but as a precautionary measure under medical advice, I have been hospitalized. I hope to be back home soon, take care.”

Earlier on Saturday, he came up with a tweet stating that – he has been tested positive in the morning and has isolated himself, and following all necessary protocols related to it. He also requested others who got in contact with him in the past few days to be tested and isolate themselves.

Who else got infected?

Almost 45 crew members that were working on Ram Setu have also tested positive for COVID-19, as per sources. A 100-strong crew was meant to work on the film in Madh Island; 40 junior artists and five people from Akshay Kumar’s team were infected, as the mandatory COVID test showed.

They all have been quarantined after testing positive. Out of those, 40 were junior artists while the rest were Akshay’s make-up team, their assistants. Now the shooting has been halted indefinitely.”

Moreover, On Monday, Bhumi Pednekar and Vicky Kaushal, who are the co-stars of the new film Mr. Lele, also announced that they had tested positive for COVID-19. Both said they were infected despite taking precautions.

“Steam, Vitamin C, Food, and a happy mood are my go-to”

Akshay has been admitted to Hiranandani Hospital in Powai. The actor was taken to the hospital at 5 pm on Sunday, soon after he was tested positive for coronavirus.