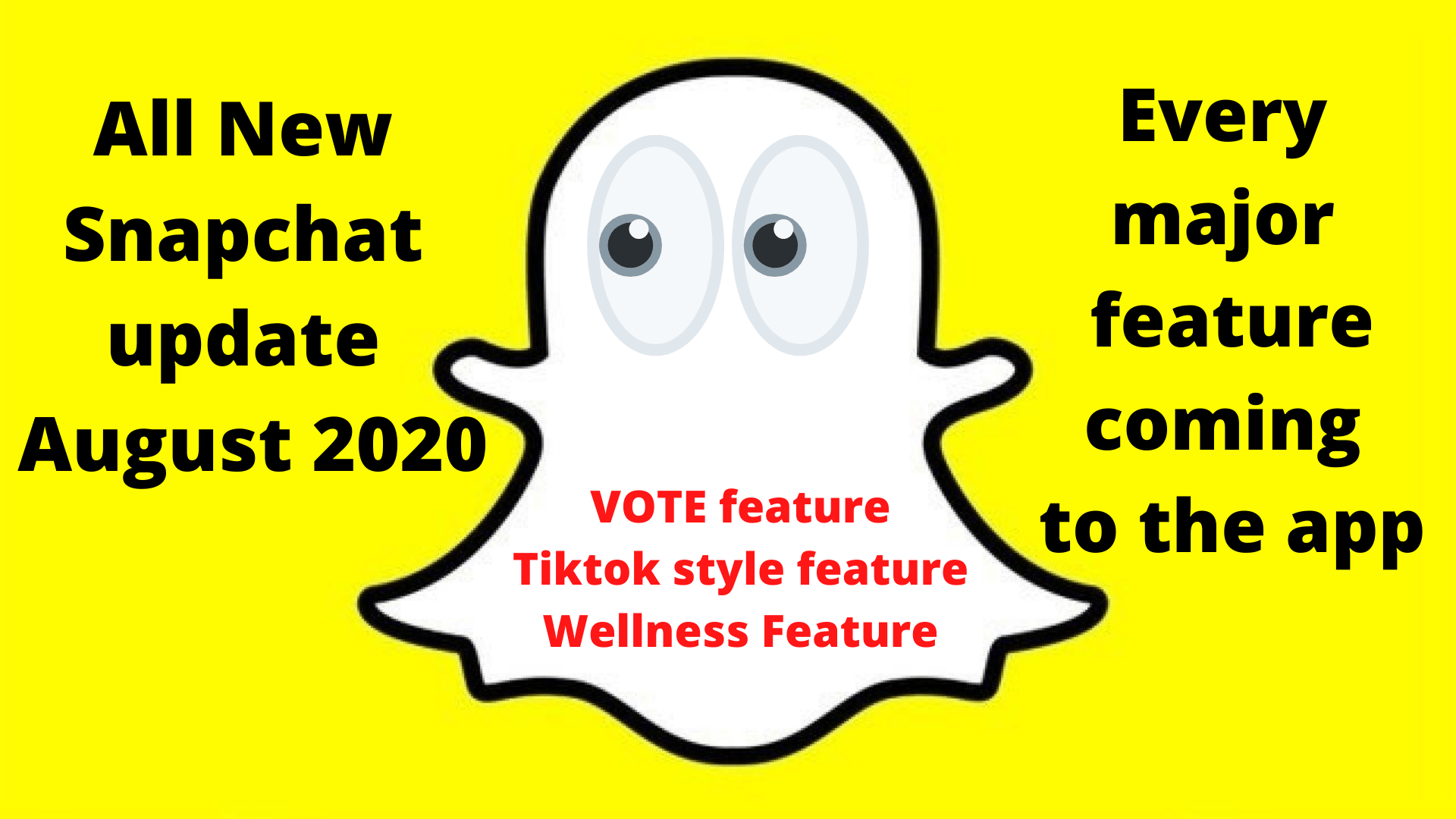 After the Snap partner Summit, the news is prevailing over the web about the new Snapchat update. This is true! In the partner summit, they have decided to introduce new features, platform update, partnership deals, and many more things. The partner summit was held in the month of June and since then users have been waiting for exciting features every day. For example: After the summit. Camera kit and Snap, minis features are added to the app. Today I am going to share all new Snapchat update.

Snapchat is a great multi-media messaging platform. You can snap, connect, discover, play games, cloud storage, and share your pictures free with Snapchat! With billions of installs and a pretty good rating, Snapchat is winning hearts. Snapchat is a secure and fun way to partake the moment with your dear ones. Scroll down to know more about Snapchat already added and upcoming features.

New features have been added to Snapchat after the partner summit and these have enhanced user-experience to a great extent. Below is the features list:

Snap Minis are a unique way for developers to carry their services inside Snapchat. It empowers new, social experiences. Minis are carefully designed to deeply integrate within conversations, so coordinating with friends is faster than ever.

Snapchat has added built the ultimate cross-platform avatar for gaming. Use anywhere on mobile PC and console, Bitmoji is fun-filled.

Snapchat is ready to roll out a distinct set of features based on the election. It not only helps its users get informed about how to vote but also designate to vote right within the app. Snapchat has its most user base lying between the age of 13-24 years of age and thus this idea comes to add election feature. Reported by Axios, the election focused features will be activated by September.

It has been said that Snapchat is going to add TikTok style features like adding music to videos. The feature is already open for New Zealand and Australia and soon is going to be launched to other regions as well. This amazing feature will permit users to record videos set to popular songs within Snapchat only. Remember, there won’t be an infinite “For You” page of content, nor will there be assistance for viewing all videos that use a specific song or sound that is offered by Tik-Tok. Instead, Snapchat focuses on individual and personalized creativity for sharing with close friends not to the public or followers.

This amazing feature will help users to deal with stress, anxiety, and emotional issues. It is going to offer meditation tools from the health tech group Headspace, which produces apps for relaxing the mind.

“We found that an overwhelming majority of Snapchatters experience feelings of stress and anxiety and that their friends are the first people they turn to when they need help, more than professionals or even their parents,” Snap said.

Founded in 2011, Snapchat is expanding slowly and gradually to another level and in the near future, undoubtedly it would become the most prominent social media apps.

So, this is all about new Snapchat features I hope you would like it.

Share your feedback. Stay tuned with us for more updates.