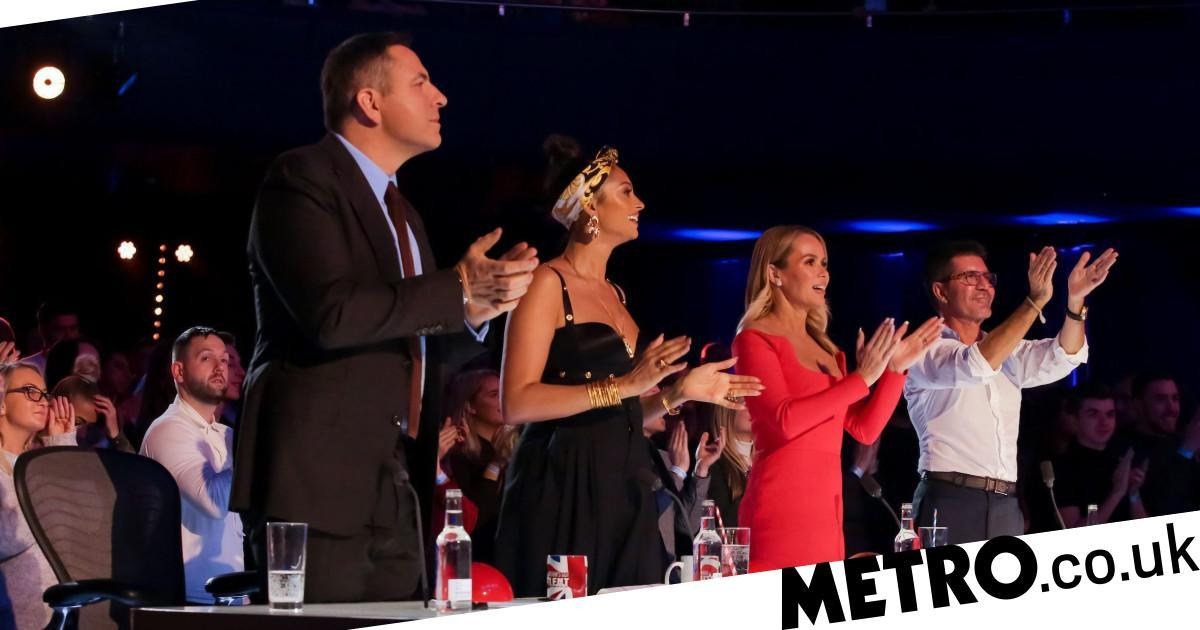 While the contestants are supposed to bring the main moments to the programme, sometimes it’s the judges who steal the show with their hilarious reactions and commentaries on what is happening on stage.

If it’s not David Walliams flirting his way onto Simon Cowell’s lap, then we can almost guarantee that viewers will pick up on a stray comment said by the celebs inbetween acts.

Amanda herself has even made headlines after swearing live on air during one heck of a creepy performance.

And now the star has addressed their wild moments when chatting to The Sun’s Bizarre TV Column.

She told the publication: ‘Even though I am really open and very much myself most of the time, it’s a fake circumstance when you’re sitting on a panel and judging.

‘I’m very aware of myself and what I should say next. Sometimes I pretend I’m not and I’m outrageous, and I’m like, “Oh I had no idea I was going to say that”, or my boob pops out, “I had no idea that was going to happen!”‘

The mum-of-two added: ‘You have circumstances where you know what you’re doing and the situation is always ongoing, so you are always aware.’

However, as the judges never fail to entertain, it was actually one of the acts this week that left viewers absolutely floored.

Christian Wedoy took to the stage for his jaw-dropping act, where he locked himself in a glass tank full of water, and tried to escape before running out of breath.

Luckily for the magician, he can hold his breath for around nine minutes, but this didn’t stop us from panicking while watching his death defying act.

When talking with Metro.co.uk after his episode aired, he explained how things almost went wrong during his live audition.

‘It’s not the longest I have held my breath, but before BGT I had a cold so I couldn’t train for a month,’ Christian explained.

‘It was difficult to hold me breath at that point, but I can do it for longer, my record is nine minutes.

‘As soon as you start moving, the time you can hold your breath drops significantly.’

Britain’s Got Talent continues next Saturday at 8pm on ITV.

MORE: Tom Hanks is back to donate two more bags of plasma after recovering from coronavirus