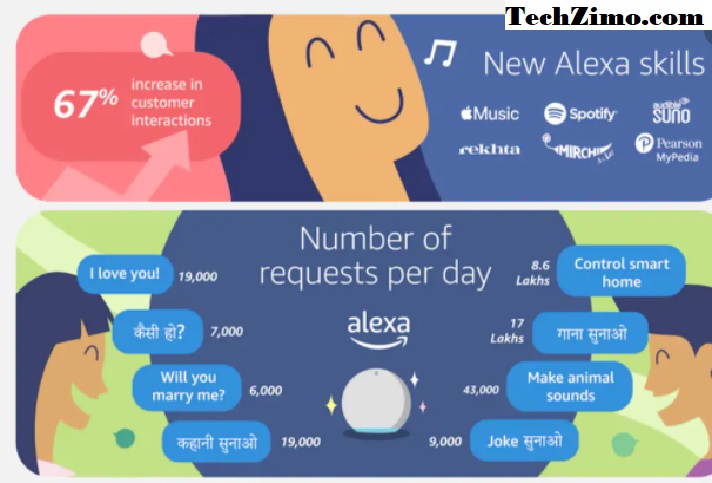 To make the third anniversary special for their customers, Amazon has announced a special offer for new customers to pick up Alexa-powered speakers at a very good price.

Starting February 15, customers for 24 hours will have offers on Echo Devices as well as attractive, smart home bundles and more at a very reasonable cost.

Amazon additionally launched the Alexa on the Amazon Shopping App for Android in 2020. The firm revealed that the assistant responded to over 5.8 lakh requests daily.

On the Third birthday in India, Amazon India shares the Statistics of usage Of Amazon Alexa Devices with Indian customers.

Those Stats will show you, how the company progresses in India within a such short span of time.