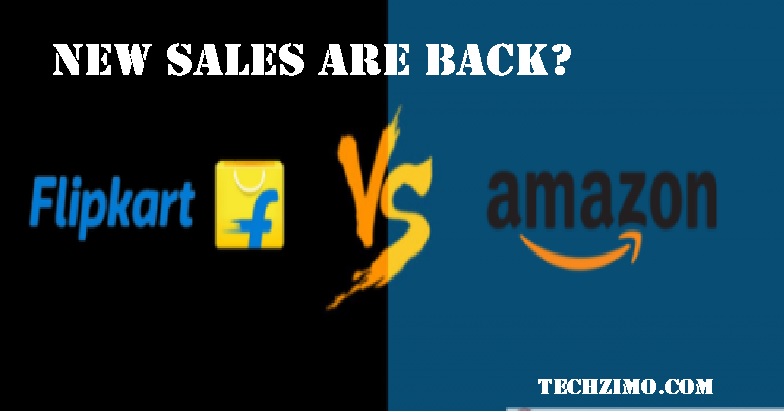 The season of sales has not ended yet readers. If you are one of those, who lost the opportunity of getting all stuff at cheaper rates and is missing that moment as you were busy that time or somehow, the items you liked, got out of stock immediately. This happened with many consumers, right?

But don’t you worry as Amazon and Flipkart are all set to gear up for the next season of sales, Isn’t it great news?

After all, the time is all about season 2, either it is about entertainment or gaming or sales – sounds good?

Dussehra and Diwali sales are all set to make their way online. This could be an amazing chance to grab exclusive deals on products of various genres like kitchenware, home furniture, furnishing items, clothing, footwear, gadgets, home appliances, handloom, toys, and what not?

When Sales will get Air?

This time, Flipkart has started the Dussehra Sale from October 22 and it is going to run until October 28. After October 28, the company will start the Big Diwali Sale, which may end up running until Diwali. Amazon, meanwhile, has not officially announced an end date for its Great Indian Festival Sale, and this too is likely to stretch until Diwali.

Amazon has started a new sale known as Happiness Upgrade Days with some exciting deals and offers.

Banks have also come out in order to offer more and more discounts if customers use their credit or debit cards to make the payments. But unfortunately, it is not understandable that somehow HDFC has opted out of these upcoming sales. In fact,

Customers can Save Big with a 10 percent instant bank discount on Axis Bank, Citibank, and ICICI Bank Credit & Debit Cards and EMI transactions. They can get a 5 percent instant discount plus up to 5 percent Reward Points with Amazon Pay ICICI Bank credit card,” Amazon said in a statement.

In the case of Flipkart, SBI has opted out now. Instead, in the Big Diwali Sale, it will be the Axis Bank card users who will get an instant 10 percent discount.