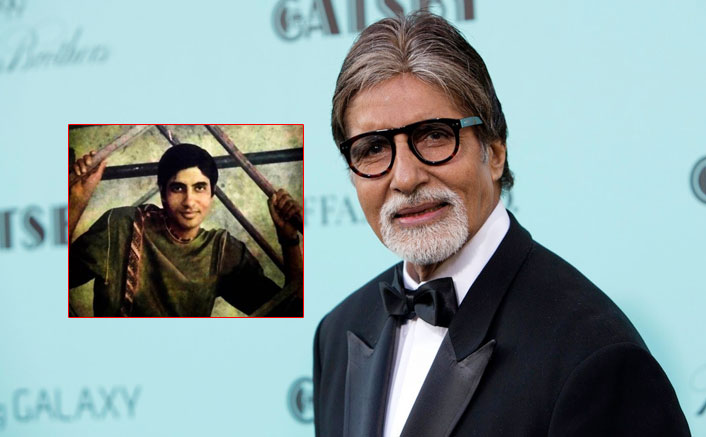 Veteran actor Amitabh Bachchan has shared an image from his very first photoshoot after becoming a member of the trade, in 1969.

Huge B took to Instagram, the place he shared the throwback image from his greenhorn days.

“My very first picture shoot for a movie journal after becoming a member of the Trade in 1969 .. it was for the ‘Star & Model’ the one different outstanding movie magazine., together with Filmfare on the time…” Amitabh wrote alongside the picture.

He then added that he was pushed into the photoshoot.

” I used to be pushed and goaded into – a most reticent reluctant and really self aware shy me – by probably the most famed and feared journalist of the occasions – Devayani Chaubal .. clearly there was no ‘star’ or ‘type’ within the mission .. however Devyani thought so .. a powerful minded woman , ever wearing a shining white sari .. at all times,” he added.

Amitabh then shared one other {photograph} of himself whereas capturing for a track from the movie “Naseeb”.

Within the picture additionally has veteran actor Rishi Kapoor as Charlie Chaplin and the cine icon as a matador.

“Within the days of yore .. capturing for the track ‘Rang jamaake..‘ for movie ‘NASEEB’ for ManMohanDesai , the loopy genius… on a revolving set restaurant constructed at Chandivili Studios .. Chintu as Chaplin , moi as a matador .. track motion scenes all on this set .. motion on the restaurant on fireplace .. what occasions,” he captioned the image.

On the work entrance, Amitabh will subsequent be seen in movies like “Chehre”, Gulabo Sitabo”, Brahmastra” and “Jhund”.