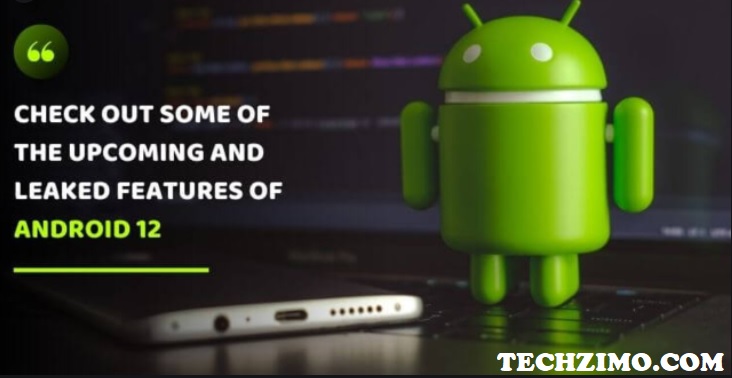 Hi readers, exciting to hear about the latest development in technology by google by bringing the news of Android 12 with new exciting features and updates that make your experience very pleasant.

Android 12 has a lot of changes. There’s a whole host of new widgets and buttons, and there are a few new animations as well. Google has been making small changes to Android’s design year on year by redesigning existing UI elements and adding new animations, and they’re doing it yet again this year.

Some other features and improvements rumored to be coming in Android 12 include the scroll shot feature, better cloud backups, more restrictions to background app killing, more refinement to the gesture navigation, and improved third-party launcher support.

We can see a new media widget; a battery saver toggle; a small weather widget; redesigned brightness slider and connectivity toggles; a charming analog clock widget; plus and power buttons; a volume slider; some sort of UI including snooze, pin, and info options.

There’s a whole host of new widgets and buttons, and there are a few new animations as well. Google can never let an Android release go by without some notification changes, and this year it looks like we’re getting a fresh design and a few other tweaks.

There’s a lot of small changes, but all of these add up to create a more cohesive and welcoming Android UI.

Google is planning eight releases over the coming months before the launch later this year to Pixel phones and other devices.

If these changes pan out, Android 12 could be the biggest change in years. We may not have to wait long for more info as Google I/O is kicking off next week. We’ll be updating this article whenever we hear anything new about the Android 12.