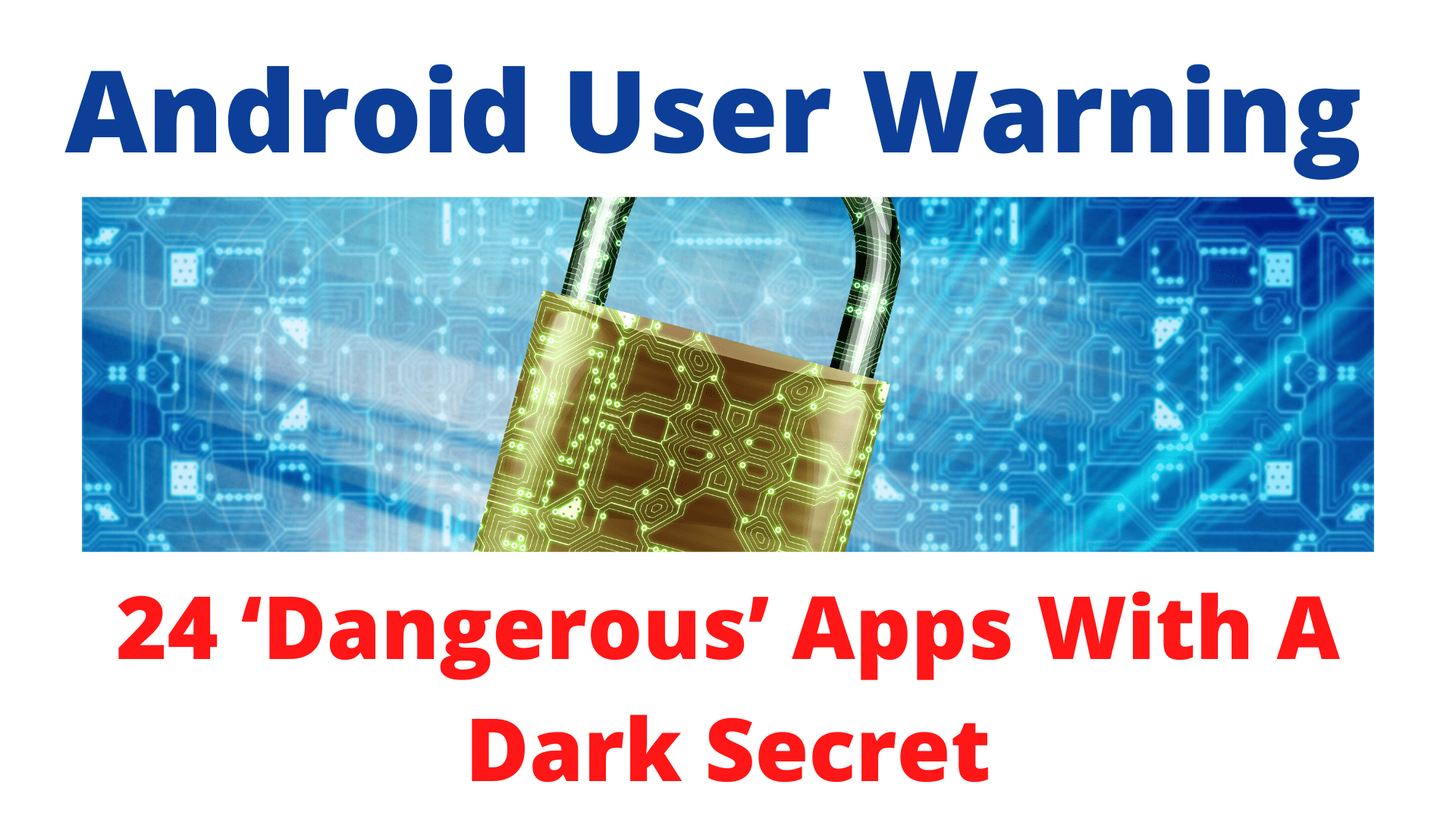 Have you come across the news of 24 dangerous apps on the play store? Are you worried if you have downloaded those apps on your phone? If yes, go through the article below! hurry up!

The smartphones are made of apps only. If there are no apps, there is no meaning of smartphone but what if those apps stealing your data? What if those apps secretly stealing your gaming information? That’s obviously, not digestible! Google has recently removed 24 apps from playStore. What’s the reason behind it? What kind f data such apps can steal? Scroll down to know more!

According to recent reports, a Chinese company, Shenzhen HAWK, is “secretly behind 24 popular apps seeking dangerous permissions.” As of now, these apps are no longer on the Google Play Store but before their expulsion, they already had 382 million.

Google said that “We take reports of security and privacy violations seriously. They also added, “If we find behavior that violates our policies, we take action.”

How these apps were harming the users?

One of the examples is Virus Cleaner, another of the Hi Security apps, known for hiding “spyware or other malware​.”

As soon as a user install these apps, these apps can interact with an external server regulated by their developers. By retrieving location and user details, they can send personalize unwanted ads for those users.

The servers are in China, and Weather Forecast was reportedly sending user data there. So, this can send malware to user’s device. it is very important to check/read permissions before allowing. Once the information hey get about user like location, language, they can easily infect user device with malware. Please take the utmost care while installing an app. Read all permissions slowly and carefully. allow only when you gain confidence in trust!

A TCL spokesperson said that “Google takes the data security and privacy of our customers very seriously, and at no point has any customer data been sent to servers in China by the company nor have we ever sold our customer data to any third-party.”

Google added that, If you have installed any of those 24 apps, then delete them right away from your phone.

Google confirmed a new Nest smart speaker is coming. Price, features, and everything we know so far

The Internet is full of malicious things and it is very important to protect ourselves from such attacks.

Developers from different countries engage themselves in such crimes and they could not even be noted soon! So, its should be the utmost priority of the user itself t not to use any third-party apps from unknown developers.

I hope you would like the article. If you have gained any fruitful information, do share your feedback. thanks for reading!