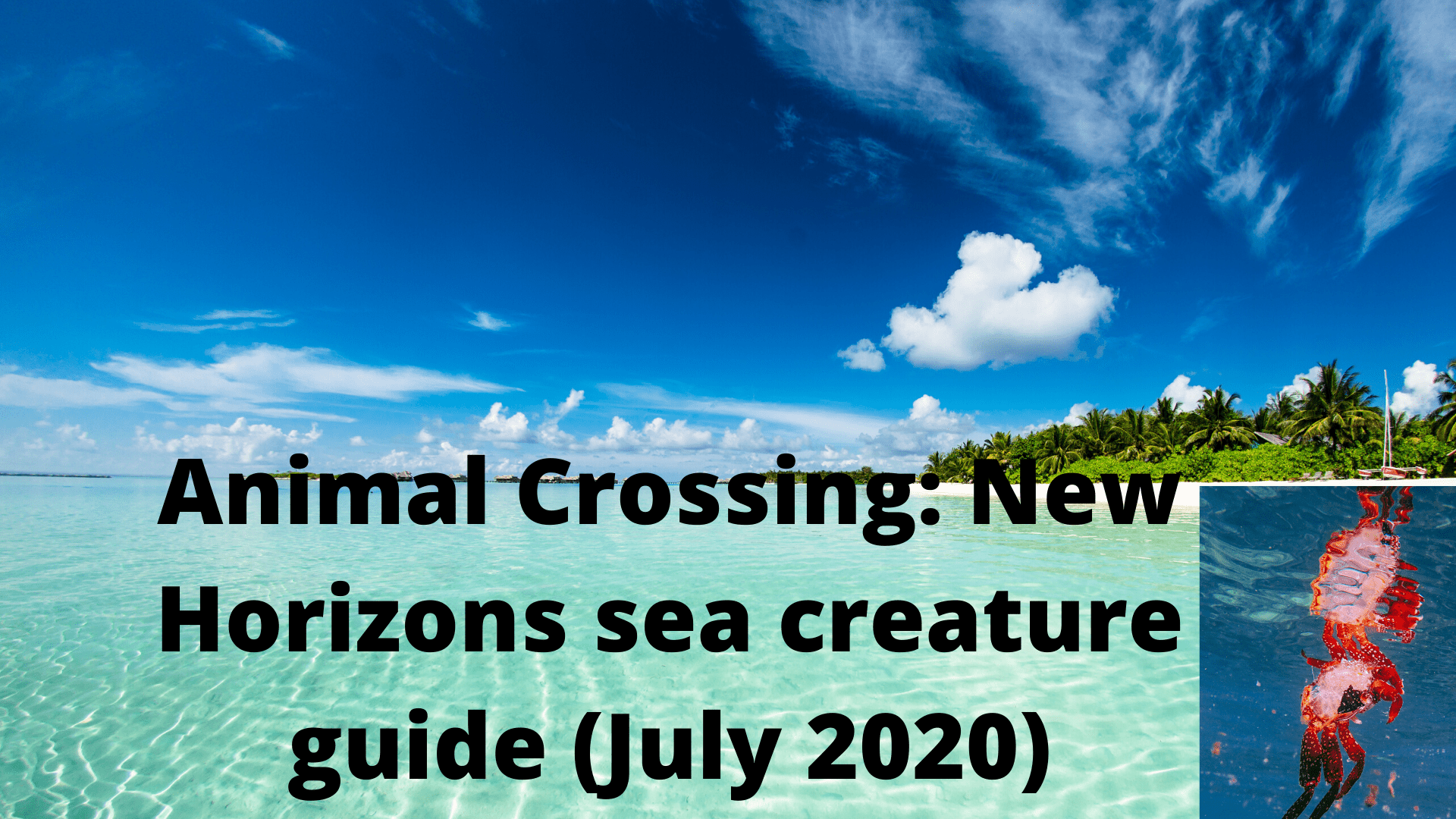 Animal Crossing: New Horizons has been released in the month of Spring, July. There’s sharks to catch, new DIY Recipes to craft, and even deep-sea swimming and diving. Now when you dive deep into the sea, you’ll find a whole new set of sea creatures. To know about new creatures and get to Know everything about Animal Crossing: New Horizon, go through the article below.

Make friends with delightful animal villagers and have fun building a world of your own in the Animal Crossing series. In the Animal Crossing games, the player takes the role of a human who goes into a rural village filled with animals and lives there endlessly. The players have no defined objectives. They just have to spend their time in the village by doing some activities like collecting items, planting plants or other items, and socializing with the village’s residents.

The player can explore the village and gather objects, including fruit from trees, seashells, and discarded items. The collectable can be sold for bells, the in-game currency. Bells can be used to buy furniture and clothing, purchase home expansions, invest in stocks, and play games. A single village could be the house of four different players, but only one can explore the village at a time.

How to swim in Animal Crossing: New Horizons

You can find the sea creatures, deep-dive, into the ocean. some are near the shore while some are into dee depth of the large ocean. You must know how to swim before you dive into the sea. You would require:

Well, folks, this is all about updations in Animal Crossing: New Horizons. Animal crossing is really an interesting game. Crossing the sea, collecting the animals, sell them and get a few bells to buy some interesting things over the game, makes the game wonderful.