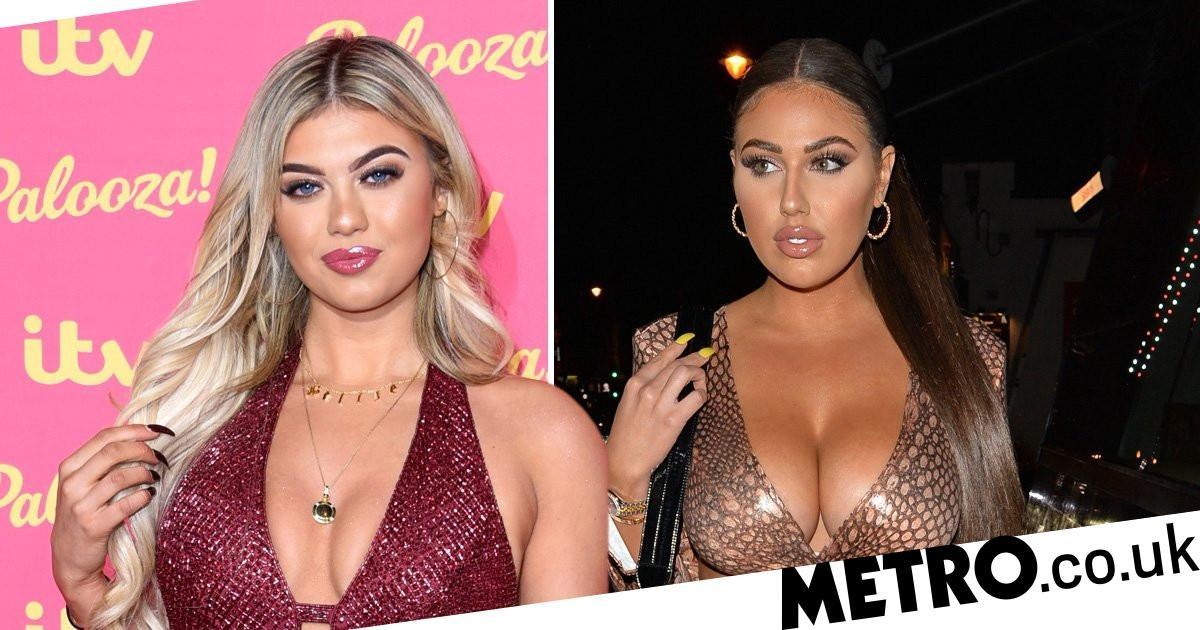 Love Island’s Belle Hassan has reached out to Anna Vaikili, after the star said she is suffering with the ‘worst anxiety’ following a fight in Hyde Park over Bank Holiday weekend.

Anna, 29, has denied ‘attacking teenagers’ after footage from a fight in Kensington Gardens on 25 May has been circulating on social media. Addressing the incident, Anna has claimed she was acting in self defence after her cousin was allegedly attacked.

The reality star has claimed that those involved in the fight are now threatening her over Instagram and Anna says she has had the ‘worst anxiety’ since the fight, which has left her unable to eat or get out of bed.

She penned in a lengthy message: ‘I have had the worst anxiety since the attack, I couldn’t even get out of bed or eat.

Anna has insisted that the group of teenagers were first to attack her and her friends, while a woman claiming to be the cousin of one of the teenagers involved claims they were calling Anna’s name, when the reality star’s friend allegedly snapped at them.

Anna’s latest update came after she re-posted videos of one girl involved in the incident seemingly boasting about it on social media, while appearing to confirm the group of teenagers had been taking drugs.

Anna, who has returned to work as a pharmacist following Love Island, told fans she has passed the footage over to the police.

She told her followers: ‘I was just scrolling through Instagram and seeing so much hate directed at my good friends Anna and Mandi. I don’t normally get involved in things like this… but I think when you come off the show, you get so much abuse.

‘Them girls have had it so bad that I just don’t think it’s fair. Before you guys give an opinion on the situation, read what they’ve got to say… please just listen, because they are the most beautiful souls inside and out.

‘So please just be kind with your words, because you don’t know how much it affects people and there’s only so much people can take.’

Police confirmed to Metro.co.uk that they are ‘aware of an allegation of assault in Hyde Park, on Monday, 25 May, at approximately 20:00hrs.’

The woman who shared the original video posted a picture of Mandi to Instagram last night and wrote: ‘OK so this plastic h** touched my sister and cousin today! They are 16 years old! They are under age! I swear to god start counting your days! You’re going to prison and guess what!!! All that botox of yours will go you ugly human being!’

Since the incident, Anna has told fans she ‘hates fame’ and posted a statement regarding the fight on social media.

It read: ‘Since coming out of Love Island it’s become my normal for people to shout abuse at me in the streets and I have learned to turn a blind eye and remove myself from the situation.

‘Out of self defence we had to get them off of her and leave. There was a large group of them and not many of us. These are not “innocent children” they have a gun, and they tried to steal my sisters phone. I have never had a physical fight in my life!! The violent attack has been reported to the police.’

She added: ‘We were attacked verbally and physically first because they knew me. Everything we done was to protect ourselves and my cousin. Can’t even enjoy a picnic in peace. I’ve just had enough.’