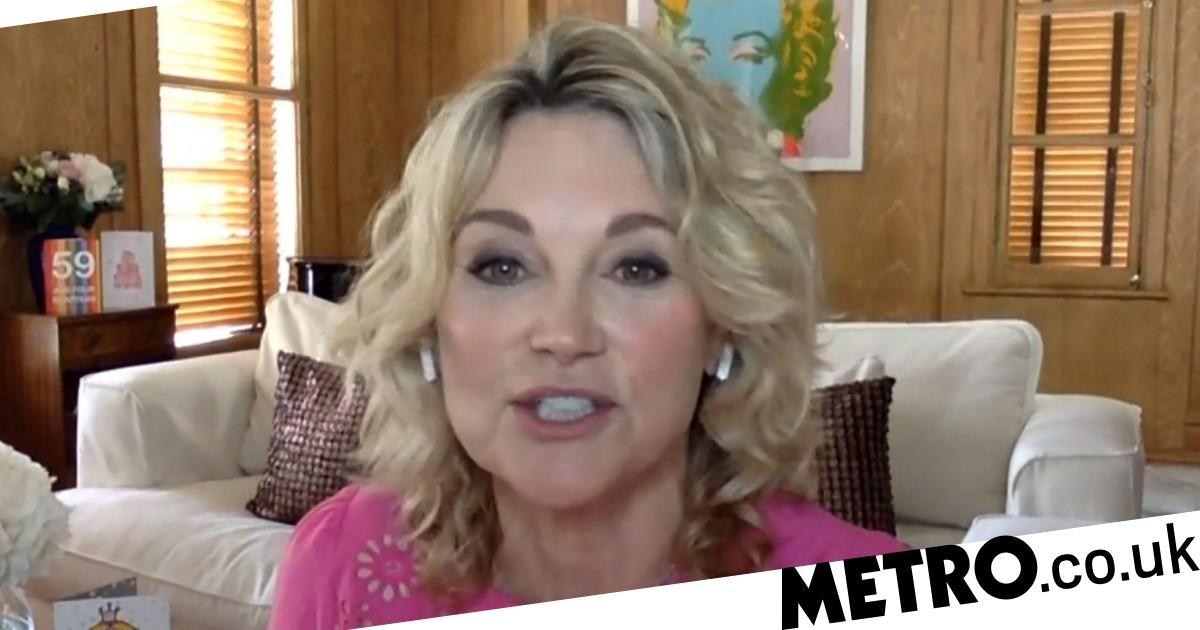 Anthea Turner is feeling ‘pretty chilled’ about having to cancel her wedding.

The TV presenter was set to marry Mark Armstrong in Italy later this year, but unfortunately the coronavirus pandemic forced them to call it off.

Speaking on Loose Women on Monday, Anthea confessed they hadn’t started planning their big day so calling it off wasn’t a tough decision.

She explained: ‘We hadn’t booked everything. We had every intention to get married in Italy in September but it’s gonna be next year now.

‘We haven’t tried to make plans because there’s no point so we might as well just park it.’

Anthea also spoke about her whirlwind romance with Mark, who will be her third husband, and how she knew she wanted to marry him.

Chatting to panellists Andrea McLean, Jane Moore, Brenda Edwards and Coleen Nolan, she said: ‘Maybe it’s because you are a bit older. It sounds quick, but you do know because you know what you don’t want.

‘I am self sufficient, I’ve got a house, I’ve got a power drill I can put up shelves, it’s not a needy thing.

‘It’s the sharing and it just makes everything nicer. I’ve learnt to be good on my own, maybe too good, but just the joy of sharing breakfast, going on bike rides…’

She previously told Hello! that Italy seemed like ‘the perfect place’ to get married as Mark’s family is from Milan.

‘Mark is the absolute love of my life, we adore each other,’ she went on.

‘He makes me smile every day and we are excited about our life together.’

Anthea has been married twice before – to Peter Powell for eight years until 1998 and then to Grant Bovey from 2000 until 2015.

MORE: Britain’s Got Talent: 10-year-old singer recalls how she felt when Simon Cowell stopped her audition