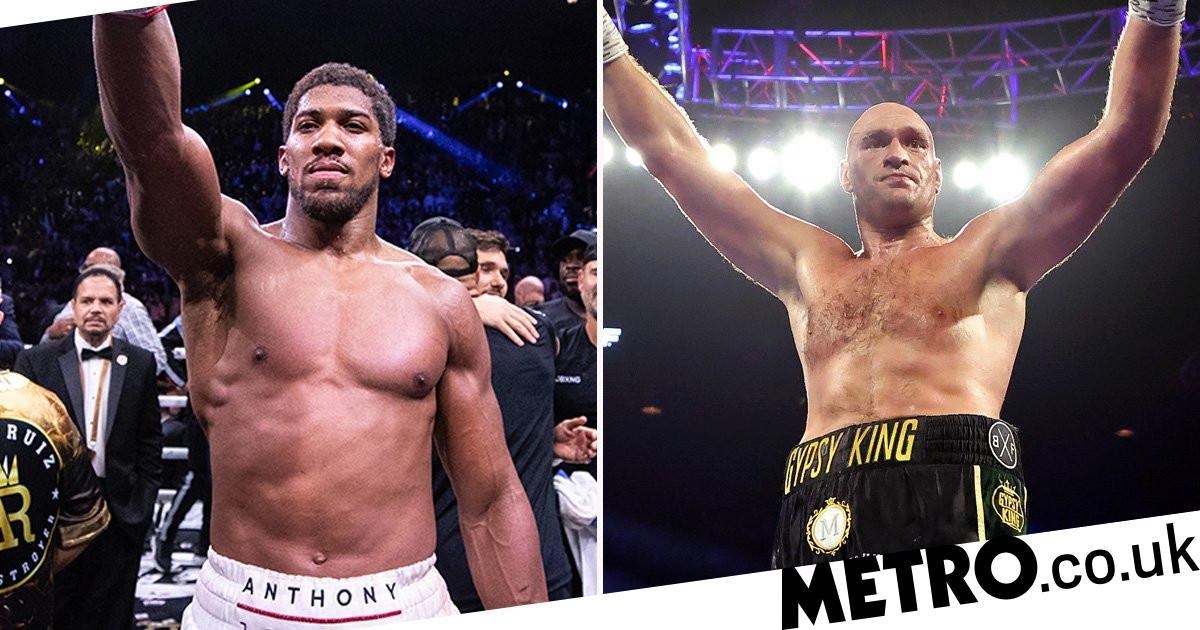 Anthony Joshua insists Tyson Fury is ‘just another opponent’ after the Gypsy King said he would ‘batter’ Joshua in the pair’s unification fight.

Talks are underway for the duo to contend their five titles but there’s considerable obstacles to overcome as both fighters already have scheduled fights with Kubrat Pulev and Deontay Wilder, while any bout is likely to have to wait until a vaccine is found for Covid-19 to cash in on the record audience it would likely command.

Wilder wants around £8.1million in step-aside money to lose his chance of a rematch against Fury, while Pulev is reluctant to give up his mandatory challenge claim against Joshua for the IBF title.

Nevertheless, the fight that has everyone talking is the unification bout between Fury and Joshua that is on the horizon and the Gypsy King said last week that he would ‘batter’ the Englishman.

But Joshua has hit back at Fury by saying the Manchester-born fighter wouldn’t even represent the biggest fight of his career.

‘You know what? There will be even bigger [fights in my career] because I’m not going anywhere,’ Joshua said on Instagram Live.

‘I’m here to make history. I’m hungry, I’m fired up, Fury’s just another opponent at the end of the day.

‘It’s going to be big for everyone else but I’ve got to keep myself together and I look at Fury like he’s just another fighter.

Despite those claims, Joshua insists he is looking forward to the fight and says he’s learned from his defeat to Andy Ruiz Jr.

‘Yeah in terms of the spectacle, the trash talk, two juggernauts coming together, I can’t wait,’ he continued.

‘Whoever steps in front of me now will know i’m not looking to go back down.

‘When i’m fighting Pulev or when the opportunity to fight Fury for the WBC for the they’re going to see what it’s like for a man to lose it all and won it back, a man that’s experienced those turbulences doesn’t want to go through that again.

MORE: ‘I would love to see it!’ – Anthony Joshua reacts as Mike Tyson hints he’s ready to return to boxing