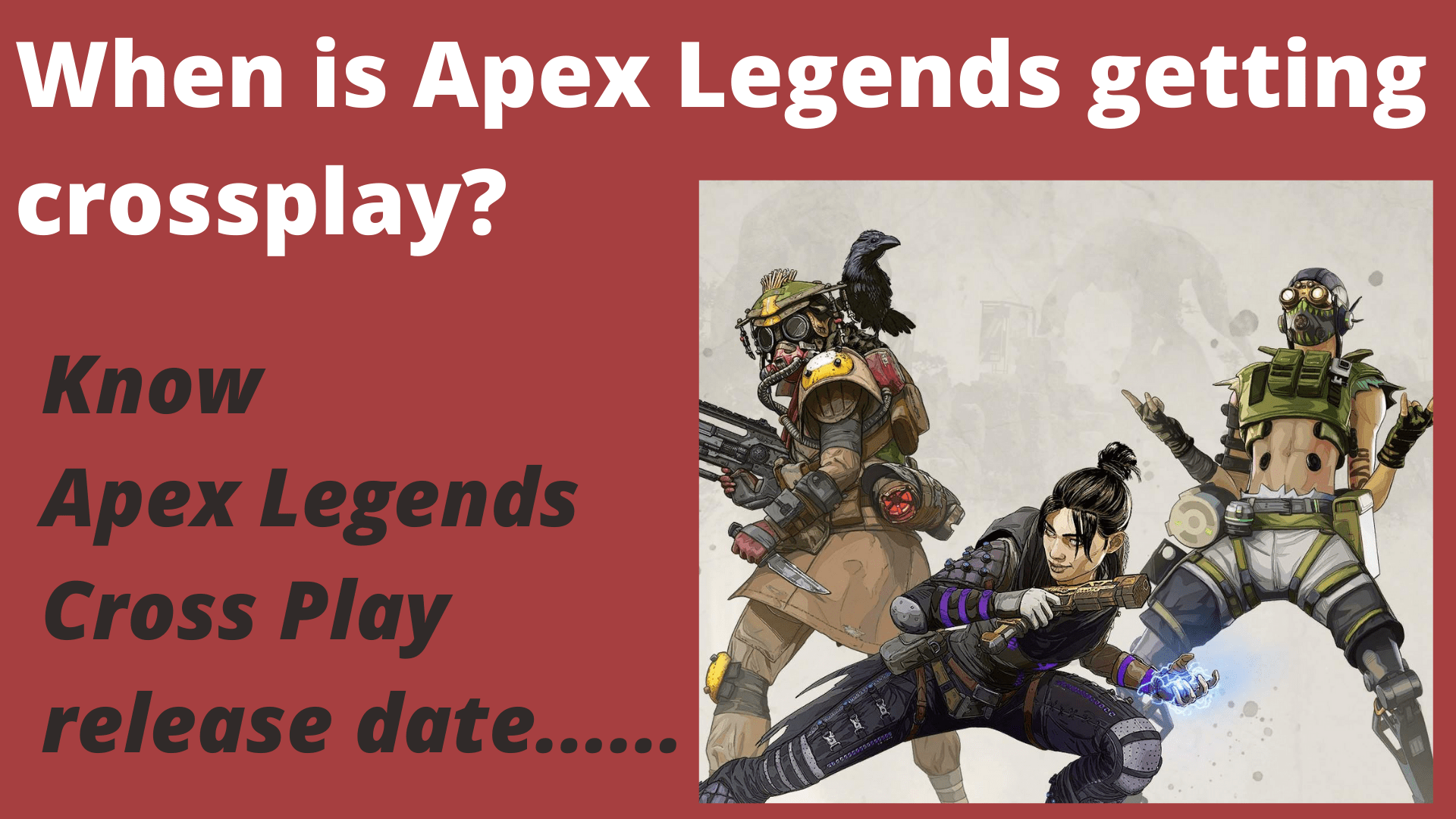 Have you heard the news about apex legends cross-play? Do you want to know about the Apex Legends Cross-Play release date? If yes, go through the article below and get to know the expected release date and all the platforms defined for cross-play. Apex legends crossplay will make players play together irrespective of the consoles they have. Cross-play means the players can play with each other from different consoles like PC, PS, Xbox, or Nintendo!

Apex Legends is one of the most popular and played games of the generation. Developed by Respawn Entertainment and published by Electronic Arts, the game is a free-to-play First-person shooter game. It’s very disappointing when you can not play with your best friend because you two are having different consoles. Removing this barrier, the gaming giants are now moving towards advancements and bringing the amazing Cross-play gaming.

How Cross-play will work?

Respawn has not shared the complete information on cross-play but it’s expected that console players will be able to opt-out of cross-play if they want to. The PC players however have a mouse and this may seem like an unfair challenge for console players. But it’s all up to their choice how they would manage. The key controls are properly described for both.

An EA engineer, not tied to Apex Legends directly, said “I wanted to clear something up about crossplay. You will only be in PC crossplay lobbies if you have a PC player on your team.” it means if there are two teams playing against each other and one team have a PC player, then the other team should also have a PC player.

Though there are no official announcements regarding the actual release date. Oly official news prevailing over the web is that the release date will fall in autumn 2020. Autumn months are September, October, and November, so we have to wait a little more to get the apex legends cross-play. Respawn has yet to announce the exact release date. We will update you as soon as we get the news! 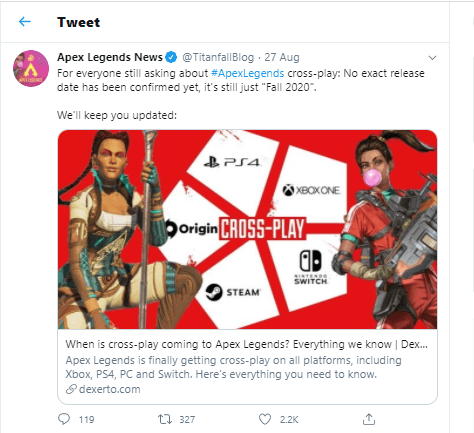 The expected platforms are:

This platform list is however not confirmed and may include the upcoming Ps5 and Xbox Series X into the queue.

Will Apex Legends have a cross-platform multiplayer facility?

Many blasts are going to happen at the end of the year (the release of gaming consoles, games, and cross-play in apex legends) and we hope that the year will end up with happiness as people have lost many lives!