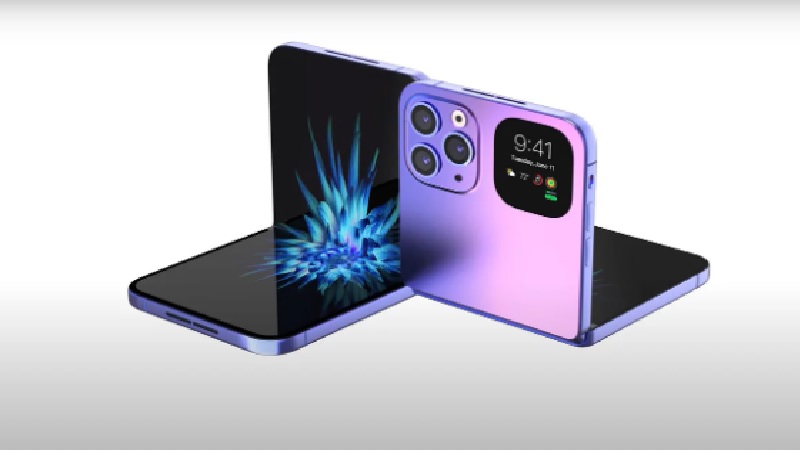 Have to wait for Apple’s foldable iPhone.

Apple has accelerated the construction of its foldable iPhone. The leaked report claimed that Apple’s foldable iPhone could be launched in the year 2023. The display size of the foldable iPhone will be 8 inches, which will come with QHD + resolution with OLED.

Samsung will be the supplier of the foldable iPhone display. While Silver Nanowire Touch technology has been developed by TPK, it will be better than Samsung’s Y-Octa approach. Due to the silver nano touch technology, the phone will get longer battery life.

Apart from Samsung, talks are also on with Nikko for the display panel, while Taiwanese company Hon Hai is in talks to assemble a foldable iPhone. According to a report by Apple analyst Ming-Chi Kuo, the target of shipment of 15 to 20 million units of the foldable iPhone has been set.

According to the report, research on the manufacture of a foldable iPhone is being done by Apple since the year 2016. The leaked report claimed that the upcoming foldable iPhone will be designed like the Galaxy Z Flip.

After 5G, the foldable smartphone is the next innovative selling point of high-end models,” he wrote.

Samsung, Huawei, and Xiaomi have each introduced models, though the price still make them relatively inaccessible to most consumers. Apple has some hurdles it may need to overcome. All of Apple’s iPads, for example, support drawing input with an Apple Pencil. But most foldable phones don’t support pen input since they’re relatively fragile compared with traditional phone screens.

These plans, of course, may change by 2023, but it seems plausible that Apple is at least considering launching a foldable iPhone as other phone makers have already introduced their own solutions.