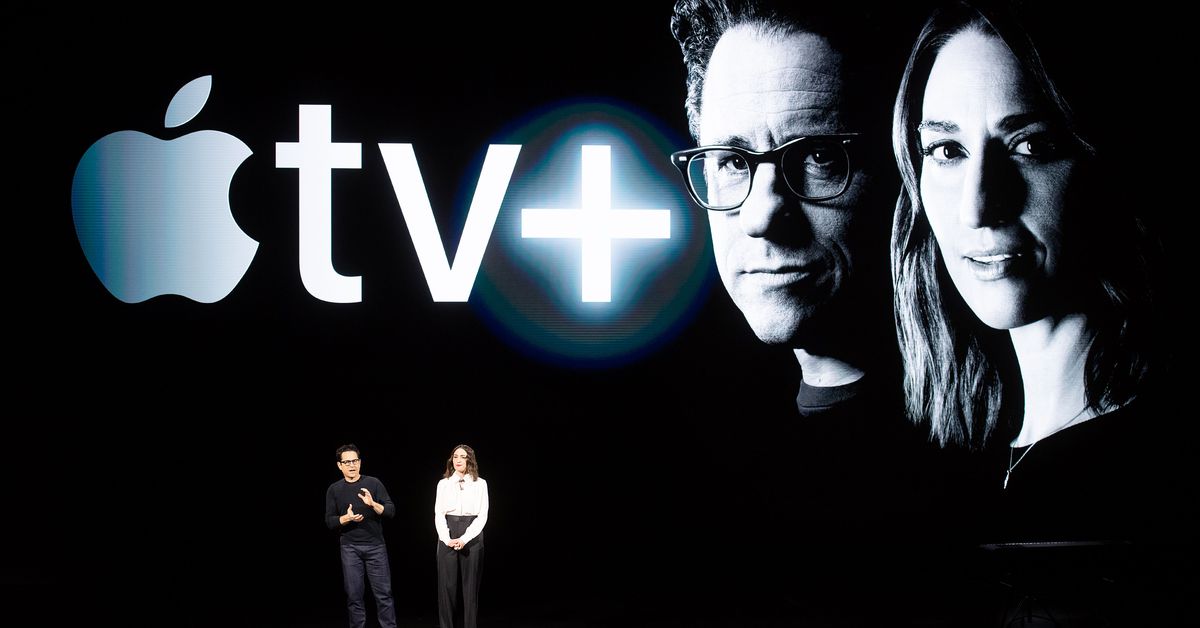 With a $6 billion content budget, Hollywood’s biggest names, and hundreds of millions of potential customers, Apple TV Plus launched in November 2019 with an ambitious goal: create Apple’s own HBO. But a little over six months later, Apple TV Plus is barely a part of the streaming conversation.

Now should be Apple’s time to shine. The company is gifting subscriptions to practically anyone with an Apple device, and the entire world is stuck at home during a global pandemic with nothing to do but watch TV. The service is filled with high-profile names like Oprah Winfrey, Jason Momoa, and Jennifer Aniston, and it just debuted a new series starring Chris Evans.

Most signs indicate Apple TV Plus is off to a slow start, though. While that’s to be expected for a brand-new service that’s just building its library of shows and movies, it suggests Apple could have an even tougher time six months from now when those free trials start to run out.

Interest in Apple’s shows has mostly trended down. Google Trends data between the time the service launched and now shows only a few upticks in search interest, with engagement mostly fading. The Morning Show won a couple of awards, and Mythic Quest was met with terrific reviews, but dozens of original titles later, it’s not clear that people are opening the app on a regular basis.

Now should be Apple’s time to shine

We don’t actually know how many people are using Apple TV Plus since Apple executives have yet to dole out subscriber numbers. Executives are pleased with the results so far, according to The Hollywood Reporter, but being pleased doesn’t equate to having a figure worth bragging about. That’s in stark contrast to Disney, which launched its Disney Plus streaming service two weeks after Apple and boasts more than 55 million subscribers.

On one hand, Apple’s silence isn’t that strange: Apple doesn’t always release numbers for its products. The company notably stopped announcing how many phones and tablets it was selling a few years ago, which critics pointed out occurred at the same time sales of iPhones started to slip. Apple hasn’t announced subscriber figures for Apple Arcade either, and Apple Music numbers have mainly come in news reports. Another school of thought, however, is that companies tend to share numbers when they have something to brag about. Disney shared its first-day numbers after hitting 10 million and then made another announcement outside of its regular earnings calls to declare that the service hit 50 million subscribers.

Without official numbers, the industry is left to rely on third-party data and leaks. Recent estimates from Ampere Analysis suggested that Apple has approximately 33 million TV Plus subscribers, but a new Bloomberg article cites a person with knowledge claiming the number is closer to 10 million. To put that into context, HBO Now has just under 10 million subscribers, and Hulu has just over 32 million subscribers, but both are available exclusively in the United States. To compare, Apple TV Plus is available in more than 100 countries.

Compared to the current competition, Apple TV Plus’ numbers aren’t abysmal, but they come with a significant caveat: it’s likely most of them aren’t paying. Apple is basically giving away a year of free service to anyone with a new Apple product. That’s hundreds of millions of potential customers. (Apple sold $28.96 billion worth of iPhones in its most recent quarter alone.) If only 10 to 33 million people are signing up, and approximately half are actively using it, according to Bloomberg, that’s a large customer base that could sign up but won’t.

“What’s really hard about Apple TV Plus is that virtually 100 percent of the subscribers are [on] annual free trials,” Rameez Tase, CEO of data firm Antenna, told The Verge. “It’s very hard to gauge what that subscriber actually means. Because when you place it next to any other service, which has predominantly paid subscribers, the numbers don’t look that bad. But no one’s paying for Apple TV Plus.”

Whether those customers hang around come November 1st, when the one-year free trial period ends for the service’s earliest customers, is where Apple’s dilemma really begins, Tase said. Hulu’s $0.99 Black Friday deal led to a growth in subscribers for the platform, but when the $0.99 period was over, more than 50 percent of people canceled their service, according to Tase. Will people currently spending $0 on Apple TV Plus start spending $4.99 a month?

“I think the argument is: look at the total signups,” Tase said. “Sure, maybe no one sticks around. But if they do — or even a decent portion of them do — it can kind of overnight become a large SVOD company.”

“When you place it next to any other service … the numbers don’t look that bad. But no one’s paying for Apple TV Plus.”

While every streaming service is seeing an uptick in viewing time and subscribers, Apple TV Plus is the only service that saw a substantially smaller percentage of sign-ups in April compared to Disney Plus, Amazon Prime, and Netflix. Apple TV Plus’ issues aren’t too dissimilar to Quibi’s, another streaming service trying to find its place. There isn’t enough to keep people coming back day after day, and, of the offerings available to subscribers, very few are provoking conversation.

The Morning Show is arguably the only series that made a splash with mainstream audiences. That alone puts Apple at a slower start than competitors: Netflix’s first six months of original programming produced House of Cards, Hemlock Grove, and Orange Is the New Black, with two of those series turning into huge hits. Disney Plus has only produced one major hit so far, but The Mandalorian became the center of conversation for eight consistent weeks, dominating pop culture.

Comparing Apple TV Plus’ slimmer offerings to streamers like Netflix and traditional networks like FX and HBO isn’t entirely fair. It took years for both networks to become the powerhouses they are today. HBO started experimenting with original programming in the years leading up to the ‘90s, but it wasn’t until The Larry Sanders Show in 1992 that people took notice. Similarly, FX was predominantly known for running reruns and canceled one-season shows until The Shield, Rescue Me, and Nip/Tuck a decade after the network launched.

That meant, though, that subscribers had plenty to watch while those networks built out their original content. HBO and FX made their entrance playing old movies and classic sitcoms they syndicated. Netflix and Hulu built their initial subscriber bases through offering an exhaustive amount of licensed TV shows and movies people wanted to watch. Apple TV Plus subscribers, on the other hand, will soon be asked to pay $5 per month for just a small slate of originals. Apple is now thinking of doing something similar to those other networks, according to a new report from Bloomberg that suggests the company is looking to acquire old TV shows and movies.

It’s impossible to label Apple TV Plus anything concrete six months in for all these reasons and more. It’s not boasting Disney Plus numbers — a streaming service that saw 10 million subscribers on its first day, thanks to the strength of its beloved back catalog — but Apple TV Plus doesn’t necessarily have to. TV Plus was always an addition to Apple’s overall services sector, which saw a record 17 percent growth last quarter. Apple TV Plus doesn’t have the same pressures on it as a Netflix or Disney Plus; scaling subscriber growth is core to the service’s principal revenue structure, but Apple TV Plus is a way to keep people inside Apple’s overall ecosystem.

Still, Tase argues that judging by Apple’s own commitment to TV Plus (including spending $70 million to acquire Tom Hanks’ next movie), people shouldn’t count it out completely yet.

“Look at the talent and money Apple is continuously pouring into TV Plus content,” Tase said. “Maybe content is not their core competency and, you know, maybe they’ll never get it right. But maybe, who knows, maybe they will too, right?”