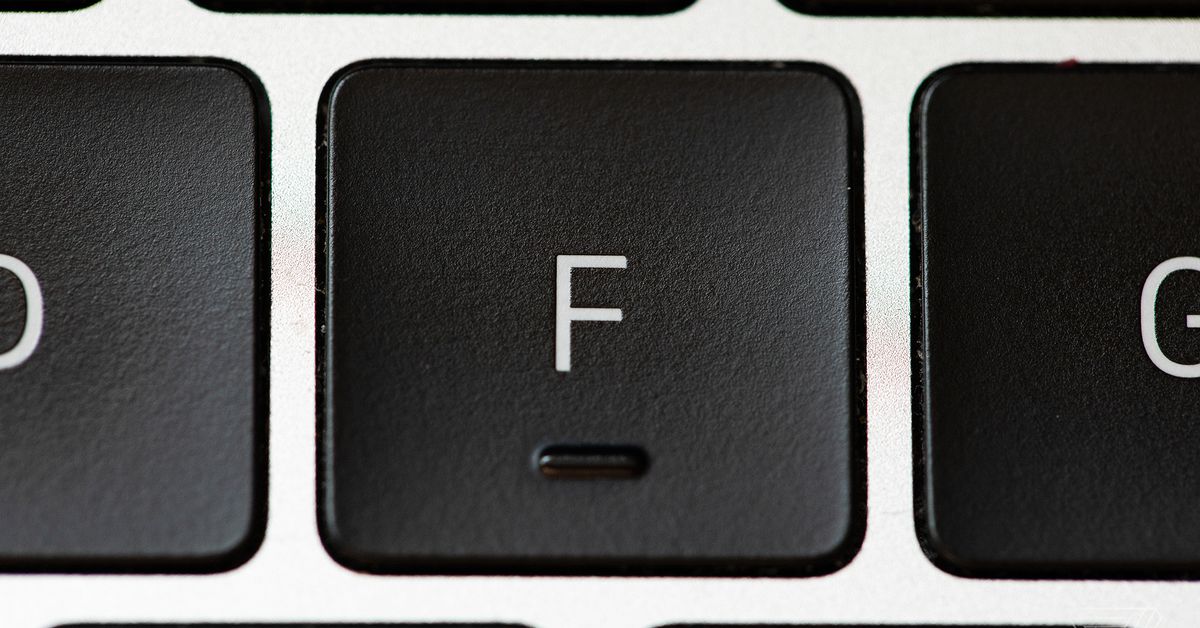 In today’s digital age, it sometimes feels like hardware has taken a back seat to the software that drives our devices. Button of the Month will look at what some of those buttons and switches are like on devices old and new to appreciate how we interact with them on a physical, tactile level.

Apple’s butterfly keyboard switches are some of the worst buttons to grace a modern device: unreliable, prone to breaking after coming in contact with a tiny bit of dust or grime, and incredibly difficult and expensive to replace.

But the deeper issue isn’t that the butterfly switches often break; it’s the flawed design goals that led Apple to make a bad button in the first place. Apple chose to make an entire keyboard full of buttons that resulted in a more aesthetically pleasing design with shorter travel and a thinner overall laptop, rather than making ones that are mechanically functional. And it nearly wrecked an entire generation of Apple’s laptops.

Most of our technology today is heavily digital, with touchscreens and software offering limitless possibilities for how we interact. That digital philosophy is the reason we have giant glass slabs as smartphones, the controversial Touch Bar on Apple’s MacBook Pros, or the customizable buttons of the Elgato Stream Deck.

When things are kept as physical buttons, it tends to be because there’s a very good reason for it — things like power buttons on phones, which need to work at a higher interaction level to enable the use of all those digital buttons; volume controls on headphones, where there’s a need to interact with something that you can’t see; or video game controllers, which demand fast and accurate commands while your attention is devoted to the action on-screen.

When things are kept as physical buttons, it tends to be because there’s a very good reason for it

And of course, there’s the laptop keyboard, where the ability to type well is paramount. Digital keyboards have these issues with accuracy or correctly registering inputs all the time. It’s why our iPhones and Android phones have so many keyboard options, with different predictive text capabilities to try to smooth out those bumps. Physical keyboards aren’t supposed to have the same issue, though. When you press a key, you don’t just expect it to have pressed down; you rely on the fact that it did, without having to take time or effort to check and confirm that that’s the case.

In conflict with that is the decades-long trend in consumer technology that prizes making gadgets simpler, sleeker, and thinner at the expense of functionality. The ramifications of this trend are many and ongoing, and they impact everything from battery life to whether we have 3.5mm headphone jacks on our phones. Nearly every company in the business has followed this trend, but it’s arguably Apple that’s led it with an almost fanatical devotion to making every generation of hardware smaller and lighter than the one before it, sacrificing reliability for style along the way. It’s only in recent years that Apple’s finally started to reverse this trend, with new hardware that better finds the balance between function and form.

Apple isn’t the only company that’s fallen into this trap, however. We’ve seen plenty of examples over the years of devices that try to minimize physical hardware buttons for thinner devices or more customizable software keys. Any number of companies have tried, from Microsoft’s original Surface keyboard covers to Lenovo’s digital and E Ink Yoga Books to Apple’s digital iPad keyboard.

But the lesson that these companies keep learning is that it rarely works. Microsoft has since shifted its Surface covers to mechanical keyboards; Lenovo’s upcoming foldable laptop includes a physical keyboard accessory to type with; and Apple now offers a $350 keyboard case that’s the crown jewel of its current iPad Pro lineups. They’re thicker and heavier solutions than their predecessors, but they’re far more reliable.

Apple’s issue cuts far deeper than those other examples, though, because the butterfly keyboards weren’t on an experimental side project or a keyboard case: it gambled on a key component on its entire lineup of flagship laptops.

Maybe the company thought the failure rate was worth the risk. (After all, Apple spent years iterating on the design and shipped multiple generations of the butterfly switch before throwing in the towel.) But keyboards are an integral part of any computer, at least for how we use them now. If you can’t rely on them to input the text you typed accurately every time, any gains in aesthetics or thinness render them less useful than even a touchscreen laptop.

Good buttons can sometimes make up for bad software

Good buttons can sometimes make up for bad software, but a bad button — a crumbling bridge between the user and the software — is far harder to make up for. The old-new scissor-switches aren’t my favorite to type on; while others may disagree, I find the butterfly switches far crisper and snappier to use than the softer, mushier scissor-switch. But the scissors are reliable in a way that the butterfly switches aren’t, and that makes all the difference.

It’s a balance Apple is continuing to find. The Touch Bar is a similar idea, replacing mechanical keys with software replacements that promise far more utility at the expense of physical reliability. Maybe it’ll work better: function keys aren’t as critical to daily laptop use, and maybe the benefits outweigh the risks. But Apple’s already had to fine-tune that adjustment, adding a physical Esc key to its newer Touch Bar models that the old ones lacked because some things just can’t rely on software.

The story of Apple’s reviled keyboards isn’t really about the quality of the physical part, as much as it is Apple’s motivation in trying to make the butterfly switches or the Touch Bar or any of these replacement keyboards work at all. It’s about how a single design decision can ripple out and sour the user experience for an entire product, across whole generations of hardware. A sort of… butterfly effect.