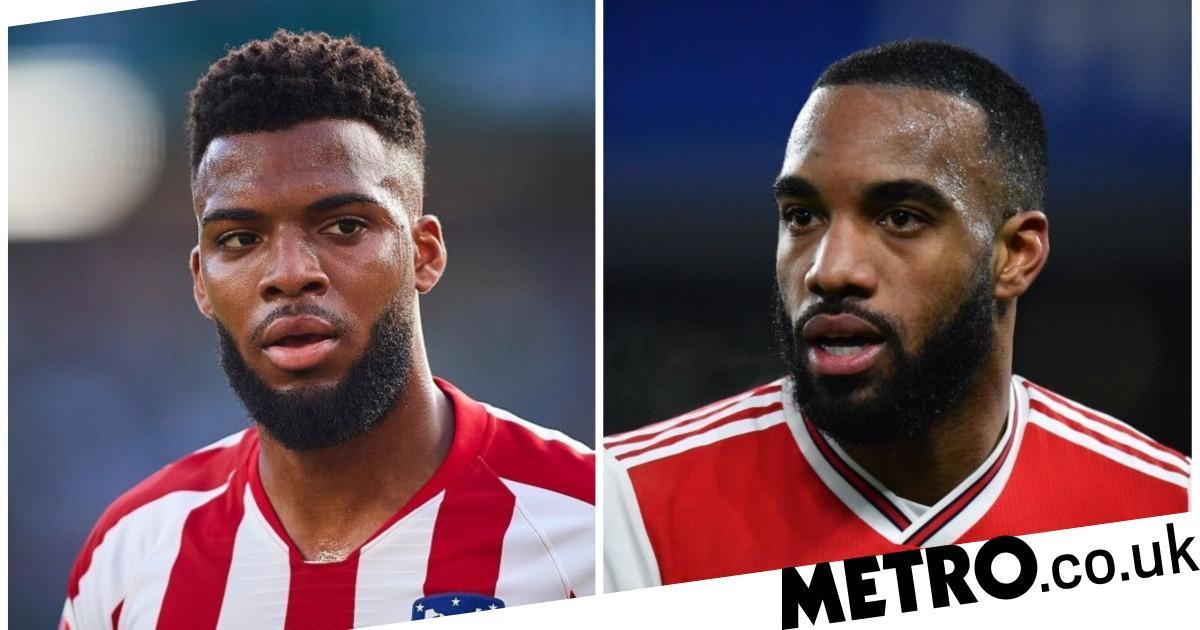 Arsenal are considering a swap deal involving Alexandre Lacazette and Atletico Madrid midfielder Thomas Lemar, according to reports in Spain.

Reports have claimed that Lacazette has an agreement with Arsenal that he will be allowed to leave in the next transfer window if the team fail to secure a place in next season’s Champions League.

According to AS, Arsenal have already indicated that they would listen to offers for Lacazette and the 28-year-old is at the top of Atletico’s shortlist.

The report claims that Lacazette is ‘very liked’ by Atletico’s coaching staff and are closely monitoring the French forward’s situation at Arsenal.

Meanwhile, Arsenal remain interested in Lemar after Arsene Wenger missed out on signing the France international in 2017.

The 24-year-old has started just 11 games for Atletico this season, while Diego Simeone has even admitted that the midfielder ‘hasn’t been able to live up to expectations’ since his £52.7 million move from Monaco in 2018.

AS claim that Arsenal would be open to a swap deal involving Lacazette and Lemar, whose value has signififcantly dropped after struggling to make an impact at Atletico.

Arsenal have also been heavily linked with a move for Atletico’s defensive midfielder Thomas Partey.

Speaking last month, Partey’s father claimed that the midfielder has held talks with the Gunners.