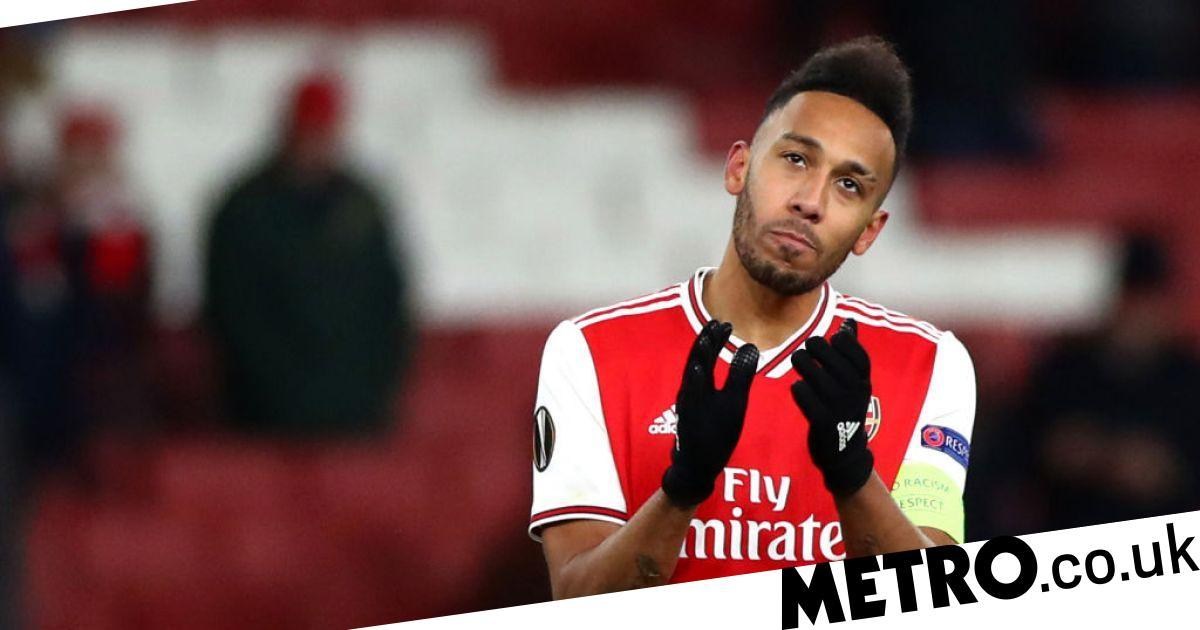 Arsenal’s poor management has given Mikel Arteta no option but to sell Pierre-Emerick Aubameyang this summer.

That’s the view of former Gunners forward, who believes the club have made the same mistake with the Gabon striker as they did with Samir Nasri and Robin van Persie, who they sold for cut-price fees.

Aubameyang became Arsenal’s record signing in 2018 when he signed in a £56m deal from Dortmund and he’s hit 61 goals in 97 appearances for the Gunners.

However, talks over a new deal with Aubameyang have failed to progress and the former Lille ace rejected the club’s last offer.

That leaves Aubameyang with just 13 months to run on his existing deal and Arsenal face losing him on a free in 2021.

Aliadiere believes the club cannot afford to lose the striker on a free and says Arsenal’s poor management has left Arteta with a huge problem as he has to now sell his biggest player.

‘Arsenal can’t keep losing players on a free. To be honest, I still can’t believe we’ve again got a top player, our captain, going into the summer only having one year left on his contract.

‘For me, it has to be sorted when he gets to two years. Last summer he should have signed a deal or been sold. Because when you get down to one year left, in a player’s mind there is a difference.

‘If I was Aubameyang and I knew I only had one year left, I would sacrifice one year of my career to go on a free and get paid a ridiculous amount of money and have all the clubs in the world chasing me. Who wouldn’t?”

‘That’s why I just think it’s wrong management yet again,” Aliadiere added. “It should be sorted at two years. You should not let a player end up with a year left on his contract, especially a player like Aubameyang.

‘It’s not right. I just think players are playing on it, they keep letting negotiations drag on and the next thing you know, he’s just got one year left.

‘And now, how much are we going to sell him for with one year left? Arsenal are in the worst position you can imagine again because you’ve got a top quality player who assures you of 20-25 Premier League goals a season who is one year away from leaving on a free.

‘Or, he gets sold to Barcelona or Real Madrid and for what? How much can you expect for him now? Nothing compared to what if you’d sold him last summer. They could have asked for £100 million.’