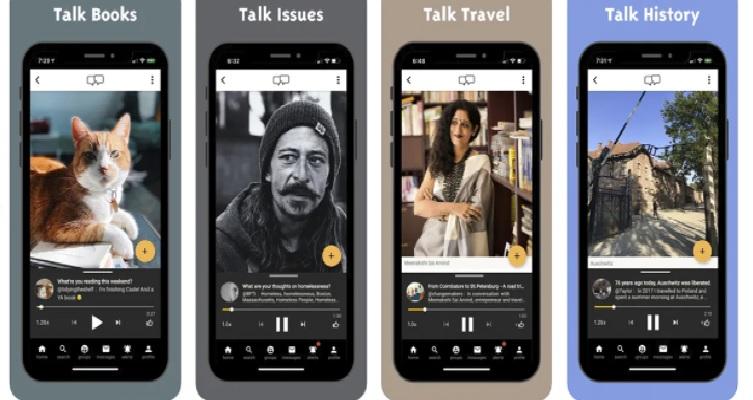 Audio-based social media platform Swell has been launched in India on June 10, 2021. It is an app-based social media platform. It has been made available for iOS users along with Android. The Swell app can be downloaded from Google Play Store and Apple App Store. Swell is a very lightweight app, which is about 17MB in size. Anyone can post audio on the Swell app. Also can follow any other user.

It would be wrong to compare the Swell app with Clubhouse. Let us know that Clubhouse is also an audio-based social media platform. Although Clubhouse is a real-time audio chat-based social media platform, for which you have to set aside time. Whereas on the contrary Swell can be accessed at any time. Also commenting facility is available. Apart from this, a user will be able to comment on any other user’s post at any time.

Arish told that this is an easy-to-use platform. According to Arish, till now the posts of social media platforms were trying to divide people. But on Swell, people do the work of explaining each other during the conversation. In this respect, Swell is different from other social media platforms. Arish said that the Swell platform fully follows the new social media guideline of the Government of India.

If you are an Android and iOS user, the app needs to be downloaded from the Google Play Store and Apple App Store. Facebook, Gmail, or any other email and Apple ID will be required to access the app after download. After this, the user will be able to choose the category of his choice. Many types of topics will be found in it. After this, there will be an option to select the language.

Among Us to soon get a new hide and seek mode, new map, and more

Related Topics:How to use Swell appSwell app is completely secure