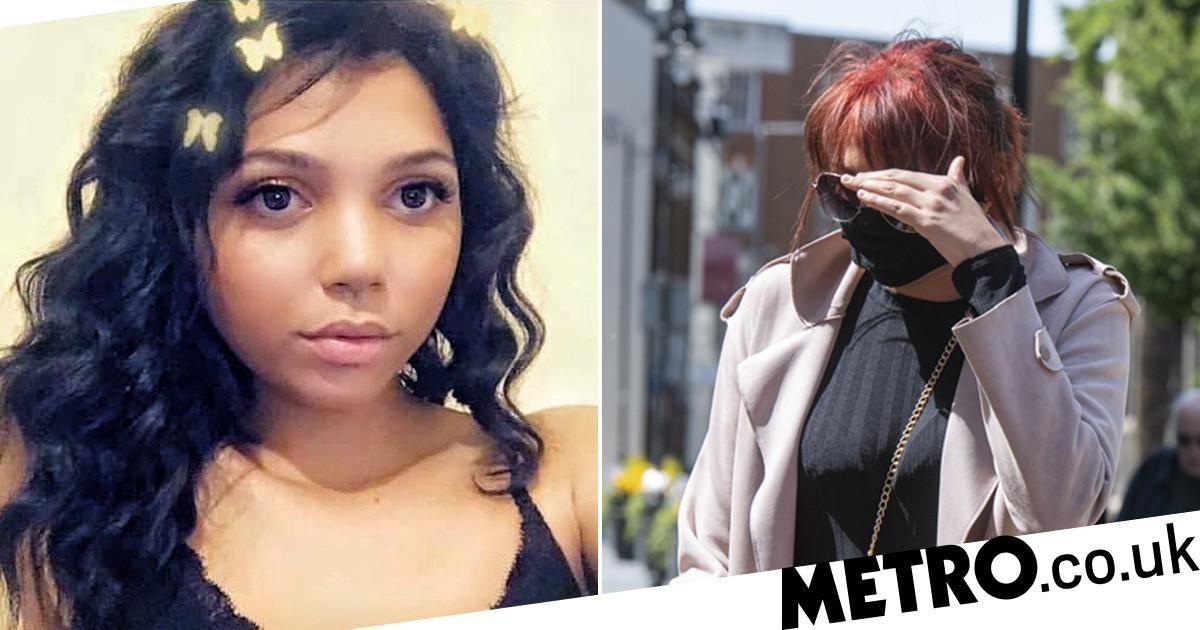 A nursery worker has been jailed for over two years after having sex multiple times with a 13-year-old boy and having his child.

Leah Cordice, 20, from Windsor, Berkshire, was found guilty of having sex on at least five occasions with the child who she was babysitting. She had denied the sexual activity, despite DNA tests proving the boy was the father, and claimed he had raped her.

Cordice first seduced the teenager in January 2017, after going into his bedroom where he was playing X Box following a drunken night out. She hugged and kissed him, before pulling down his trousers and begging him for sex, the judge was told.

Cordice continued to have sex with him, which she kept hidden from her husband, until she gave birth to a baby girl. Jurors heard how she had groomed the boy by sending him complimentary texts calling him ‘cute’ and giving him money for fish and chips.

Judge Peter Clarke QV said Cordice had shown ‘no remorse’ for her actions as he sentenced her to 30 months detention in a Young Offenders’ Institution today at Reading Crown Court.

He said: ‘Suffice it to say she showed no remorse for the events.

‘Indeed I heard no indication from either Cordice or the victim that she held him in any particular affection, the evidence from at least one witness was of physical obsession and self-indulgence as opposed to emotional attachment.’

Cordice and the victim both lived in the same area and had known each other for many years before the abuse began, prosecutors had said.

In July 2018, the victim told police about their sexual activity after the boy’s mother became suspicious and contacted authorities.

The nursery worker denied claims but a DNA test enforced by social services found it was 14 million times more likely than not that the boy was the father.

In a victim impact statement, the boy said he had been diagnosed with separation anxiety, as a result of having his child taken away by social services.

The boy told the court: ‘I cannot see my child and have not had any involvement with her recently. Seeing my daughter and then having her taken out of my life was very hard to cope with.

‘It feels like I was punished for what I have been through. I hope in the future I can move on from this and have a relationship with my daughter’.

Defending Cordice, Tara McCarthy said the defendant stuck by her assertion that she had done nothing wrong but described her as ‘very immature’.

A psychiatric examination found Cordice to be of borderline intellectual ability with an IQ of 70 to 85 but Judge Clarke said he had ‘difficulty with that assessment’ and that she gave clear evidence throughout the two-week trial.

Cordice had been living with her then-husband Daniel Robbins, 21, during the abuse, who had believed he was the father of the little girl.

Following Family Court proceedings, Cordice’s daughter was adopted and Mr Robbins said he has been left ‘traumatised’ at not being able to see her again.

Mr Robbins, who has since separated from Cordice, said: ‘I had a secure job, I had a nice place, I had a good relationship. I had an amazing life.

‘Everything was going so well and all of a sudden everything got taken away from me: my child, my wife, home, job.’

Cordice will also be subject to a Sexual Harm Prevention Order for 10 years and will have to sign onto the Sex Offenders Register.