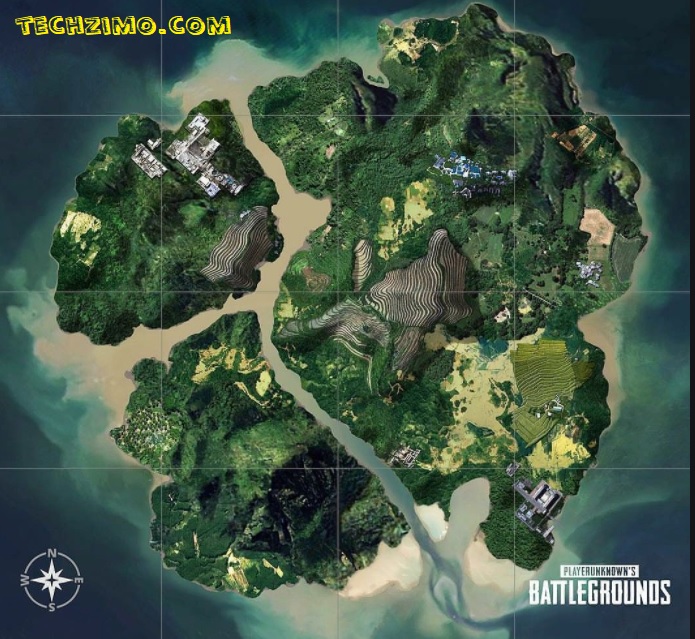 Battlegrounds Mobile India has teased the popular Sanhok map of PUBG Mobile through a poster on its official Facebook page. The game is the Indian version of PUBG Mobile and its name is announced recently. The new Battle Royale game is exclusively for India and the company says that it took special care of Indian rules

Krafton says that the game will have regular in-game content added, creating an eSports ecosystem.

The picture of the game’s map, where the space shown is similar to PUBG Mobile’s popular Sanhok map’s Ban Tai location. The size of Sanhok is 4×4 .It is introduced in the game in September 2018. The teaser suggests that. This map will be available to play in the upcoming game.

The Sanhawk map is a smaller map than PUBG Mobile’s Erangel and Miramar map, but larger than Livik.  The newest map for that game. There is no other information other than the location in the poster. The developers recently shared a changed privacy policy for Battlegrounds Mobile India. According to which parents’ consent would be required for players under 18 years of age. These players must provide a parent or guardian’s phone number to play the game.

PUBG Mobile was banned in India in September 2020

The policy also states that parents or guardians feel that their child has given personal information without their consent. Can contact the developers and request the information for removal from the system. PUBG Mobile banned in India in September 2020. Along with 117 other apps. Since then, Krafton has been trying to bring the game back to India.

Shortly after the ban, in November, developers announced a special PUBG Mobile India for India. But the company never gave any clarity on its launch and now. Krafton seems to have PUBG  removed from the name of the game declared it as Battlegrounds Mobile India.