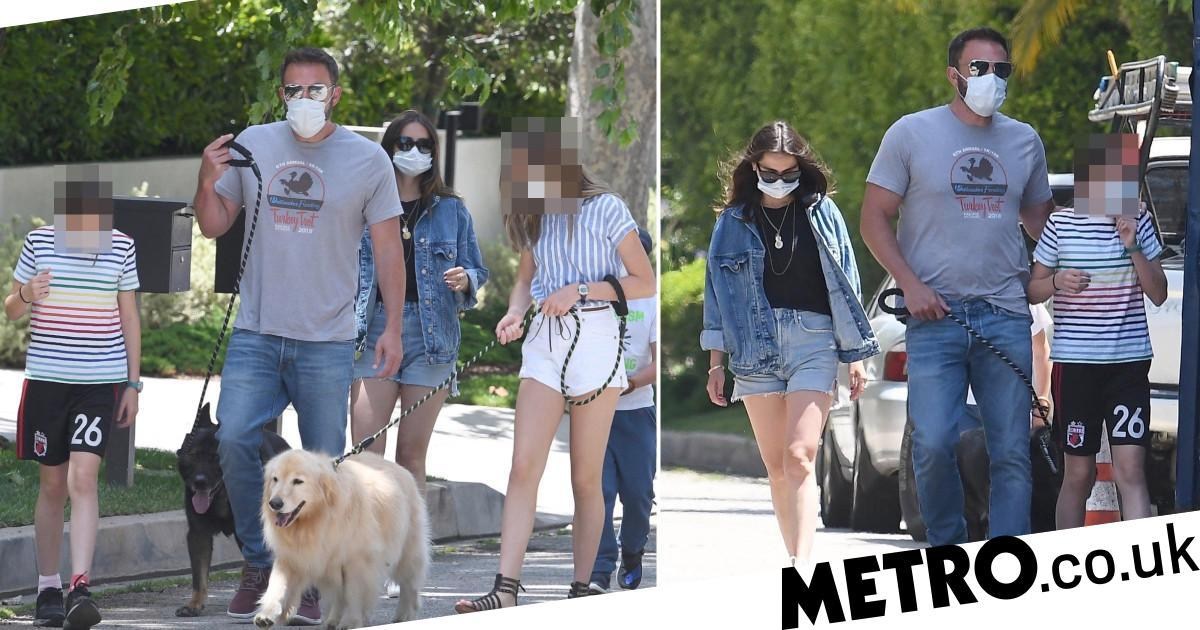 Ben Affleck has taken the next step in his relationship with Ana de Armas, introducing his girlfriend to his children.

The Knives Out star, 32, was spotted joining the Batman actor on a walk with his kids, Violet, Seraphina and Samuel – whom he shares with ex-wife Jennifer Garner.

The group were spotted making the most of the sunshine as they went for a stroll around Brentwood.

They all made sure to wear face masks as they hit the streets, along with three pups.

The 47-year-old led the group, alongside Violet and Seraphina, while Ana hung back with youngster Samuel.

Ben split with Jennifer in 2015, after 10 years of marriage, but the pair have made sure to stay close, for the sake of their little ones.

And the 13 Going On 30 actress is said to be ‘happy’ that her ex is in a ‘good and healthy’ place with his new girlfriend.

‘Although it’s sad in a way to see him move on and be so happy, she is ultimately happy that he is happy and in a good and healthy place with his life,’ an insider claimed to Us Weekly.

‘That’s what she ultimately wants for the father of her kids.’

Ben and Ana bonded on the set of their upcoming film Deep Water earlier this year – with the couple making their romance Instagram official at the end of last month.

And a source dished to the publication that she ‘admires’ the way he co-parents his brood with Jennifer.

They added: ’[Ana] thinks Ben is such a sweet and nice guy.

‘[She] admires how he juggles so much between work, his kids and co-parenting with Jen.’