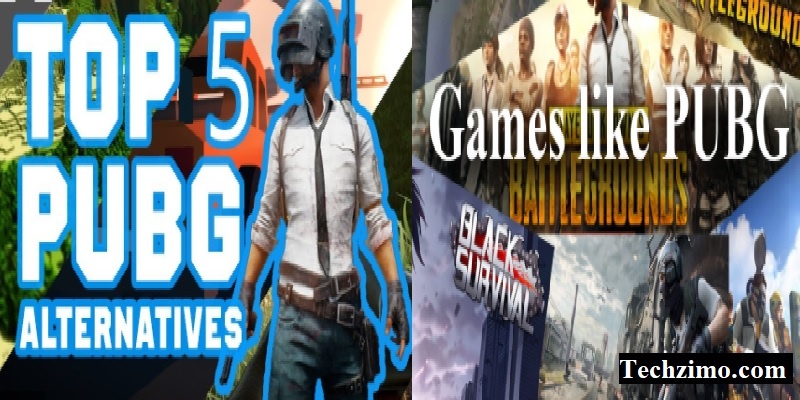 Do you know that the Ministry of Information and Technology has banned as many as 118 Chinese mobile apps in India including the immensely popular Battle Royale game – PUBG Mobile?

If yes, and you are an avid PUBG player which is unstoppable then don’t you worry folks, we have got you covered here.

We know that PUBG holds a special place in the gaming world and many people believe that it is irreplaceable, which is somehow true also. But nobody can’t do anything in that.

And if you are a die-hard fan of PUBG, then you must now be in search of PUBG alternatives, right?

Then stop your search here as we will be giving you a quick rundown of all PUBG alternatives we know so far.

The Playerunknown’s Battlegrounds aka PUBG was launched in 2018 globally, and in just four years, it had possibly become one of the most loved games on the planet.

If you are also a die-hard PUBG fan, you might now be looking for some other first-person shooting or war games to replace PUBG on your phone. worry not, Just have a quick glance on the top 5 PUBG alternatives here.

The mobile version of Call of Duty launched only last October, and since then, the game has been giving serious competition to PUBG and is loved by millions of people and ruling out.

As per reports, you will be surprised to know that the game saw one of the largest mobile game launches in history, with 250 million downloads by June 2020.

The nest part is that its interface is similar to PUBG. Just like PUBG Mobile, In it also up to 100 players can jump on to a known battlefield with identifiable guns and characters.

It is specially made for mobile. It is ruling over many hearts since its release. In it 32 players can play together and have a 3-5 minute long battles, It’s solely non-stop slaughter.

It is a battle royale game and maintained by 111 Dots Studio and published by Garena for Android and iOS. It became the most downloaded mobile game globally in 2019. In fact, you will be surprised to know that the game has recently received the award for the “Best Popular Game” by the Google Play Store in 2019.

Hopeless Land Fight for Survival is a first-person shooter platform that can support multiple players. It is compatible with all major mobile devices. Hopeless Land Fight for Survival is unique in the fact that up to 121 players are supported across various mobile devices. Therefore, the challenges and intensity of competition have never been more real.

How To Get Free Clothes and Wings In Roblox?

With high graphics, sound, and interactive gameplay, this multiplayer Sci-Fi game is another one of the amazing PUBG alternatives available for Android and iOS users. A multiplayer FPS in a sci–fi setting. The event of the game takes place in the distant future when humanity has surpassed the limits of technological limits.

7 Best Fortnite Alternatives You Shouldn’t Miss Out in 2020

This is all about PUBG alternatives of 2020. I hope this post would help you out. If you also have any suggestions for that, then the comment section is all yours. Post your queries here, we will try to help you out.

But don’t forget to share it with your play-mates !!