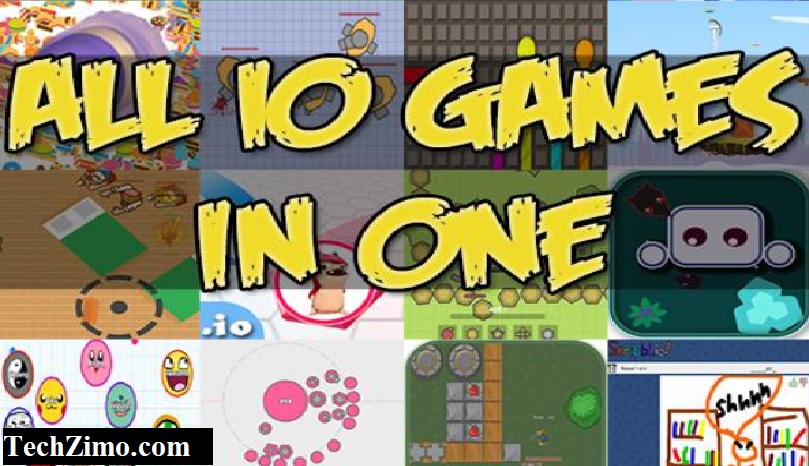 Want the Best IO games? Then Look no further.

IO games’ popularity is surging day by day extensively especially in those times when people are getting bored at their houses and many Chinese apps TikTok and PUBG are already banned by governments of various countries.

Here we have made our exclusive list of the top 7 Best IO games.

The “.io” extension stands for British Indian Ocean Territory, but let us tell you here that In .io games, io is just a domain name it has nothing to do with games.

Like all other websites have domain extension this also has one.

A variety of free-to-play web-based games are registered to the .io domain and is ruling over millions of hearts since 1997.

ZombsRoyale.io is a 2D battle royale video game developed by an American studio, End Game. ZOMBS.io is a tower-defense IO game with an amazing mix of Minecraft and zombies. You have to build your base and defend it against waves of zombies.

Gartic.io is a draw & doodle guessing game. You have to figure out what other players are drawing and draw your own fabulous pictures for them to guess before the time runs out. Isn’t it an interesting one?

Slither.io is a multiplayer online video game available for iOS, Android, and web browsers, developed by Steve Howse. There are 16 default skins, each one a different solid color along with multiple repeating patterns.

Spinz.io is a fidget spinner.io game. Here what you have to do is to collect scattered dots to increase your RPM.

Developers: Spinz.io was made by Yang (who also developed Zombs.io and ZombsRoyale.io) and Jeremiah.

It is one of the best IO games. The game’s skill-based combat system involves accumulating a fleet over time by attacking enemies, then leveraging the individual directionality of your fleets bullets to outmaneuver your enemies and destroy them.

Exocraft.io is a superb multiplayer io game in which you have been placed on an unknown planet and must mine the valuable resources you find on the surface. Exocraft.io was made by Goldfire Studios.

Fortnite guide: How to unlock Wolverine skin from the season 4 battle pass

In this list, we have tried to serve you only with the best io games. If you feel that any io game which is the best and we forgot to mention in this list then the comment section is all yours.