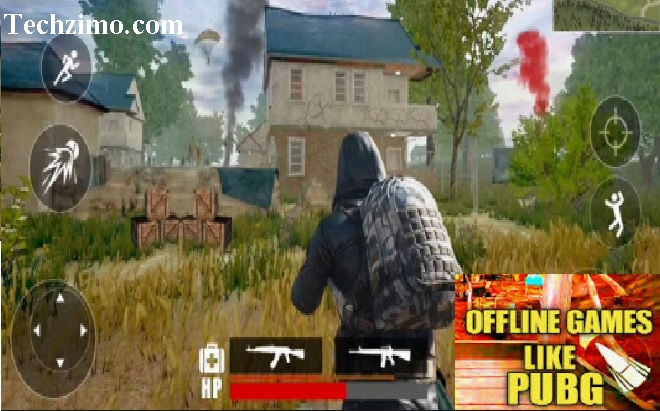 Are you missing PUBG Mobile? Looking for the Best offline Android games like PUBG? Then CONGRATULATIONS, Fortunately, you have landed at the most appropriate place. Just keep scrolling to know everything.

PUBG Mobile is one of the most popular games that have immense craze among players due to its amazing creative artwork and graphics.

The primary purpose of the players in the game is to kill the enemies and survive there for the longest time as one can. It keeps fans hooked with its amazing gameplay.

Offline Battle Royale Games are the current trend in the gaming industry which many fans are deliberately following.

There are many reasons for that :

The only disadvantage of PUBG Mobile is its compatibility issues. Since it is not compatible with low-end devices. Especially for the players, who don’t own high-end phones. Then they have to stick to the game versions which are under 400MB so that the game can run smoothly without any crashes.

Now you must want to know about all the best 5 possible Offline Android games like PUBG, so without taking your much time, let’s move to the direct topic. Check out here.

There are many Android games like PUBG Mobile that are under 400 MB that can be played offline.

Players who are ardent fans of PUBG will surely like it as it is one of the best PUBG alternatives that can be played offline. After all, it has 4.1 stars rating on Google Play Store.

The game offers an exclusive range of powerful weapons that the players can use to shoot their enemies in sniper-shooter mode.

Dead Target attracts those who have a great taste in haunting games. Here you have to shoot zombies wherever you go. Its engaging creative artwork keeps people hooked with it. This is the best offline sniper game to date that you can play without wifi too.

Players may utilize the Battle Pass to gather special items in the game.

Despite Ban, Some People Are Still Playing PUBG: Report

It is very much similar to PUBG Mobile. The major restriction here is that it is only available for Android phones. You don’t need to have an internet connection for it. Since it can be played offline too.

Its variant is available in 133 MB. You will be amused to know that in a very short span of time, its popularity reached another level. There are almost approx 1 lakh downloads on Google Play Store since its release.

Similar to PUBG Mobile, players will jump from a plane when the game starts and land in the battleground where they must look for guns and other gears to ensure survival.

It is one of the Best offline Android games like PUBG Mobile that comes in undersize of 100 MB. It offers single-player gameplay but it is no way less than PUBG as its creative artwork used to give the players the same feel. The game has several game modes, including survival mode and war mode, within which the players have different challenges to beat.

It is the perfect replica of PUBG Mobile. It will be hard enough for you to locate differences between PUBG mobile and Survivor Royale. The reason behind that is its impressive graphics and amazing customized controls.

This is one of the Best offline Android games like PUBG Mobile, due to its simplest platform. Its unique cartoonish characters, lovable skins, versatility in modes and arenas, and everything else related to it is an astonishing one. It has MOBA elements too.

Its matches are generally short. They don’t take much time of users. It allows a maximum of 12 players in the game, unlike PUBG mobile.

This is all about the Best offline Android games like PUBG Mobile. Many people are of the view that PUBG Mobile is irreplaceable which is somehow true as well. But the gaming world is unstoppable. It has a lot more to serve you on various platters. You just have to give them a chance and to explore them properly and you will observe shortly that you will have everything that you were lacking in your life after the Indian ban on PUBG mobile and PUBG mobile lite.

I hope this article would help you out. If you found it fruitful, then share it with your other playmates as well. But don’t forget to share your valuable feedback in the comment section for us.