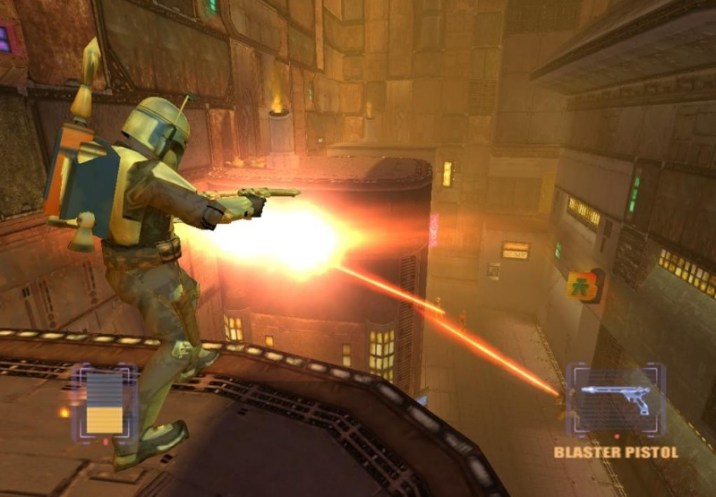 Star Wars is probably the most well-known media franchise on the planet. It has kept on growing and evolving since the first film hit cinemas back in 1977, encompassing movies, books, and comic-books. It’s even managed to inspire a number of different online slots games too.

That’s a testament to the incredible global reach that Star Wars has, and how well the material suits diverse types of content. In fact, games have become a key facet of the Star Wars franchise in the past few decades, particularly as advancing technology allows developers to capture the films’ magic better than ever.

Some of the biggest titles ever released across various gaming platforms have been Star Wars games, but which are the best? Below, we’ll take a look at some of the top Star Wars games to help you discover a whole new door into this rich universe.

Star Wars: Shadows of the Empire

This might be one of the older games on the list, but it’s considered one of the most enjoyable by many fans. Shadows of the Empire was first released on the N64, with a Windows port following soon after. It mixed a number of different gameplay styles to create a Star Wars game that has continued to stand the test of time. Whether you were blasting your way through a storage depot or taking to the skies to bring down AT-ATs, this game grabbed the attention of players everywhere.

Knights of the Old Republic

What can we say about this game that hasn’t been said already? Knights of the Old Republic is a game that grabbed the attention of players everywhere when it was first released. While it was initially on Xbox only, the game soon earned a PC release.

Knights of the Old Republic leads the player on a journey as they try to make their way around the Star Wars universe, long before the Galactic Empire was formed. It sees the old Sith and Jedi warriors that paved the way for Emperor Palpatine, Luke Skywalker, etc., and includes various exciting scenarios.

As the game is an action-RPG title, you are able to build your character, learn new skills, and decide if you want to be good or bad. Your choices will impact on how the game plays out, and will grant you access to different sets of skills.

Knights of the Old Republic was so popular that it was followed by a sequel, and even inspired an MMO release a few years later. This classic game is likely to attract a whole new host of players keen to try it with the new Xbox release, due to the complete backwards compatibility it’s set to offer.

This is the newest game on the list, which means it’s the most technically advanced. It also gives players definitive access to one of the most exciting elements of the Star Wars universe: piloting star fighters. Squadrons allows players to fly many of the different ships that appear in the Star Wars movies. It boasts incredible graphics and manages to mix an arcade feel with a simulation style. It’s everything you could ever want from a Star Wars flight game.

What’s most impressive about Squadrons is that it gives players the opportunity to try it in two distinct modes. In the standard mode, the game is very impressive thanks to the brilliant design. Here, players can marvel at the graphics, but it doesn’t really drive them into a fully-immersive experience. Squadrons really kicks in when players choose the VR mode.

The VR mode is a truly interactive experience, taking players right into the heart of the space battles. It actually does feel like you are there, in the cockpit of a spaceship. If you want to experience life as a pilot in Star Wars, this is definitely the game for you.

The Lego games brought a new lease of life to a number of different franchises. While Star Wars didn’t really need this sort of treatment, the Lego Star Wars games were still incredibly successful with fans across different generations.

Offering players the opportunity to travel through the Star Wars universe as Lego characters, it also brought plenty of destruction and construction with it. Lego Star Wars: The Complete Saga is perfect for players of any age. It offers a lot of scope and depth, which makes it much more than just a game for young children.

It also features a great multiplayer mode. You can join up with your friends and try to unlock all of its secrets, but no matter how good you are, you won’t be able to find everything on your own. This game really will capture the attention of players everywhere. If you’re a fan of the Lego video games and a fan of Star Wars, you will love this release. If you’re just a fan of fun platform games that offer hours of enjoyment, you’ll love this game too! It really is that good.