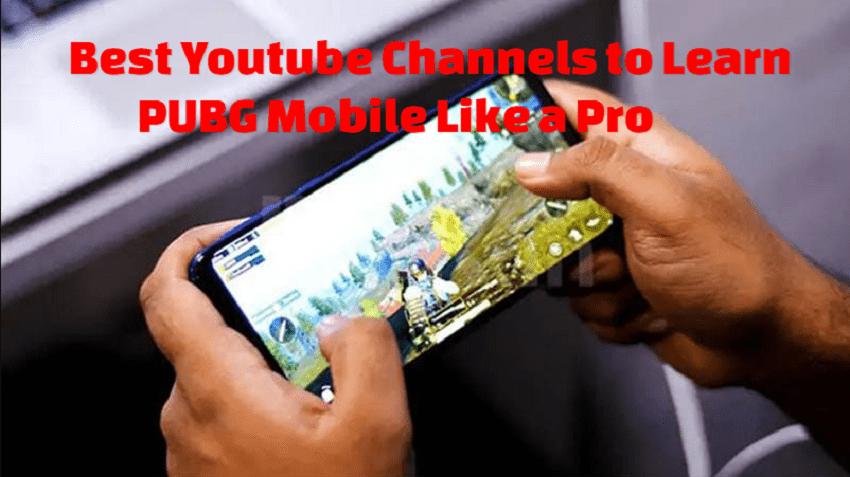 Do you want to learn PUBG? Reading and learning things is one way but watching a video and learning things is more grasping and you can learn quickly as well. So, if you are looking to learn PUBG, go through the article below, and know Best Youtube Channels to Learn PUBG Mobile Like a Pro. PUBG was released in 2017 and since then the game has gained a lot of popularity and love. Player Unknown’s Battleground was the best game of 2018. It is a massively multiplayer game, where 100 plus fighters play for their survival. Scroll down to Know more!

The game starts with you being dropped down in an area from a plane. The players then explore places with weapons. The scenario is the same as all battlefield games. More people you kill, longer you live. You will feel like doing a treasure hunt while playing. Explore boxes ad building around and find different things. The game is very popular around the world and once you start playing you will fall in love with it.

I guess now you have to the idea about PUBG and its amazing features. Below is the list of 5 youtube channels to learn PUBG.

Shroud is an amazing youtube channel run by 24-year Canadian youtube, Michael Grzesiek. He is very well known for playing Counter-Strike: Global Offensive and PlayerUnknown’s Battlegrounds. The change; is not exclusively for PUBG but for many android games.

Dynamo Gaming channel runs by a 24-year-old Indian YouTuber. He posts and live-streams PUBG and PUBG Mobile videos. Dynamo started with games like Dota 2, Battlefields 1 to 4, Apex Legends, and Grand Theft Auto 5. Ad he is also making videos on PUBG as well. The channel is very useful with interesting gameplay.

Panda started his first channel BluePanda way back in 2013 and started making videos on Castle Clash. He later switched onto Mobile Legends and finally got into PUBG Mobile after the game was launched. The game videos here revels the actual secrets to proceed while playing the game.

Snax is another eSports player from India who is a beast assaulter as well as a sharpshooter.

He has a given Youtube channel, names SNAX, where he explains how to become a more expert player.

The youtube channel has a great collection of videos that can help you learn spraying, movements, and many more things in the game. Snax is also an eSports player. He plays for TeamIND. His videos come from his experience. This channel has gained so much popularity in very little time. Expert tips on channels can help you gain more.

NEYOO channel is also run by an Indian YouTuber and is a quiet new channel. but the channel has gained so much popularity that it becomes successful to gain 131 k subscribers. This Youtube channel contains tutorials and tips for squad gameplays. If you have a squad and want to win the game, then you and your squadmates must watch his videos.

His additional tips and drills are very useful.

Well, readers, These are the youtube channels to learn PUBG like a pro. There are many other channels as well. PUBG also falls in love with your actions every time you make a move.

There are many more channels like Toska, Casetoo, Android Gamer, Mortal, and Clash universe to find out tips and tricks to play PUBG.