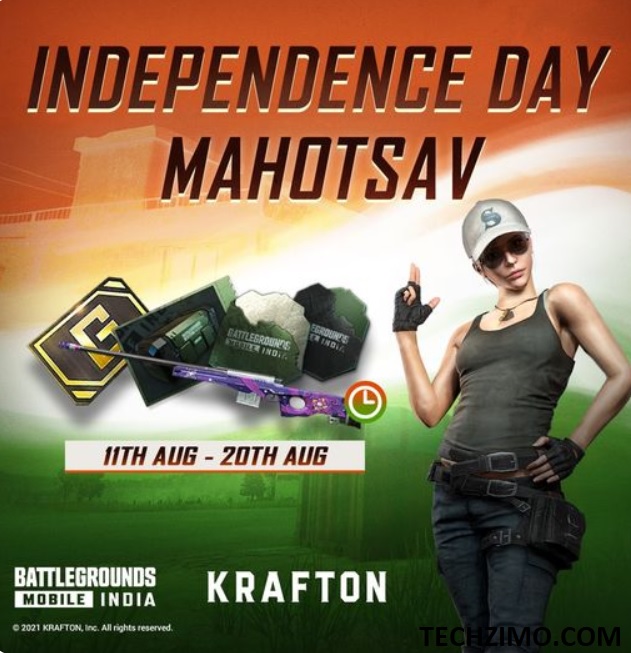 In celebration of the 75th Independence Day of India, Krafton is offering special rewards for the BGMI gamers in the country. As part of the special event, the BGMI players will be getting a new custom weapon skin, free in-game currency, and different create coupon scraps during the 10 days event. Krafton has invited all the players to jump in-game and visit the event section to win amazing rewards.

“Celebrations commence early! Let’s celebrate the spirit of Independence in the Battlegrounds!  AWM Skin is up for grabs!  We also have new missions that are unlocked every day for players with amazing rewards! Drop in and check out the events center for the latest missions and get winning with your squad!.”

As part of the Independence Day Mahotsav event, BGMI will be giving away free AWM skins, here is how you can claim yours-

Apart from the AWM skin, BGMI has mentioned that players will be able to win the in-game currency called AG, and various other rewards like Supply Coupon Crate Scrap and Classic Coupon Crate Scrap. According to the announcement, BGMI players will be able to win these rewards through new missions that will be unlocked every day during the event. Players can check out these events in the events center.

WhatsApp will let users transfer chat history between iPhone and Android, but there’s a catch