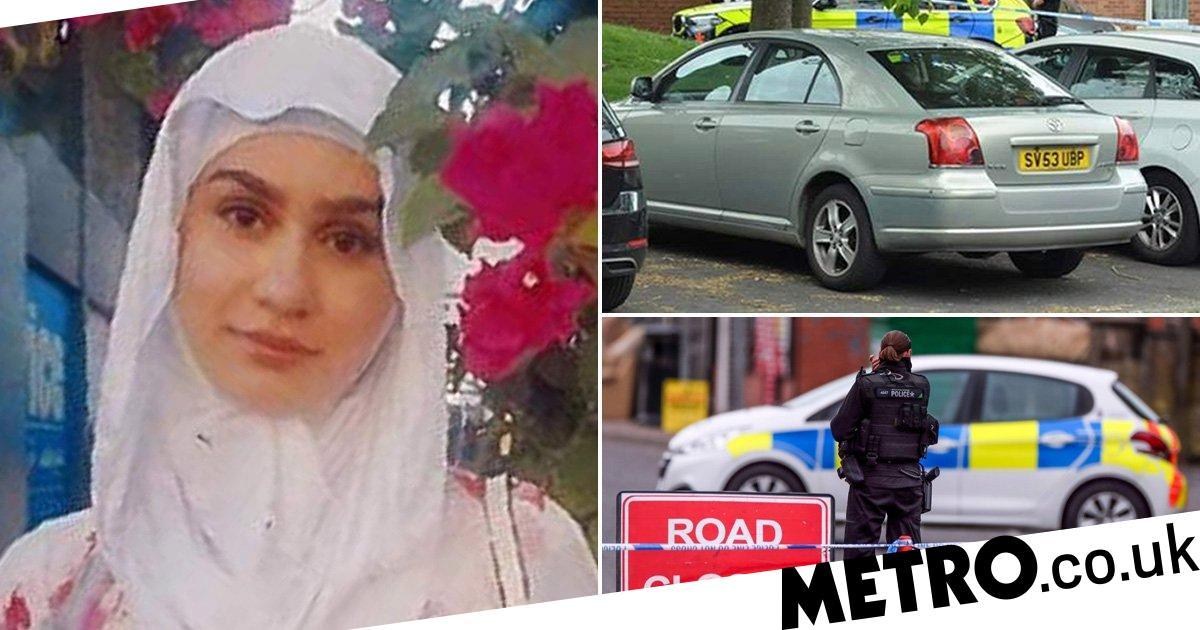 Three men have been arrested in connection with the murder of a 19-year-old student who was shot dead in Lancashire.

Aya Hachem was killed in broad daylight in a main road in Blackburn on Sunday, as she walked to a Lidl supermarket to buy food for her family. The young woman was hit by several shots fired from a passing car and died later in hospital.

Following a public appeal, the men, who are aged 39, 33 and 36 and from the town, were arrested on Monday. Lancashire Police said they are being held in custody.

The second-year law student was an innocent passerby, said police, and was not the intended target of the attack. Her family have urged witnesses to come forward as they paid tribute to their ‘most loyal devoted daughter’.

Detective Superintendent Andy Cribbin said: ‘We are on with a number of lines of inquiry which includes looking at CCTV in the area and we have spoken to a number of key witnesses.

‘Despite that, and the arrests, this is a live investigation and I am asking anyone who might know anything about what happened, or the circumstances leading up to Aya being senselessly killed to speak to us.

‘Any piece of information, no matter how insignificant it may seem, could prove vital to our investigation.’

Aya, who was studying at the University of Salford, died in hospital from a single gunshot wound a short time after emergency services were called to the scene in King Street at about 3pm.

Her distraught parents said she enjoyed spending time with her family and had dreams of becoming a solicitor.

In a statement, her parents said: ‘She excelled in her studies both at Blackburn Central High School and at Salford University where she was in her second year and dreamed of becoming a solicitor.

‘She had just completed her exams and was learning to drive.

‘We, her parents, are absolutely devastated by her death and would like to take this opportunity to plead with any members of the public who may have any information however small that may bring those responsible to justice.’

Mark Russell, chief executive of the Children’s Society, where Aya was a trustee, said: ‘She was a truly remarkable young woman, and an inspiring voice for children and young people.

‘Our thoughts are with her family at this awful time.’

A number of people were travelling in the light green Toyota Avensis from which the shots were fired, police said.

The vehicle, with the registration number SV53 UBP, was abandoned a short time later in nearby Wellington Road and was seized for forensic examination, it added.

Police are appealing for anyone who saw the car or have mobile phone, CCTV or dashcam footage taken in the area between 10am and 4pm to come forward.

Detectives also want to hear from anyone who has information about who had been using the car on the day or in the weeks before.

Anybody with information should contact 101, quoting log number 0412 of May 18th, or anonymously via independent charity Crimestoppers on 0800 555 111.