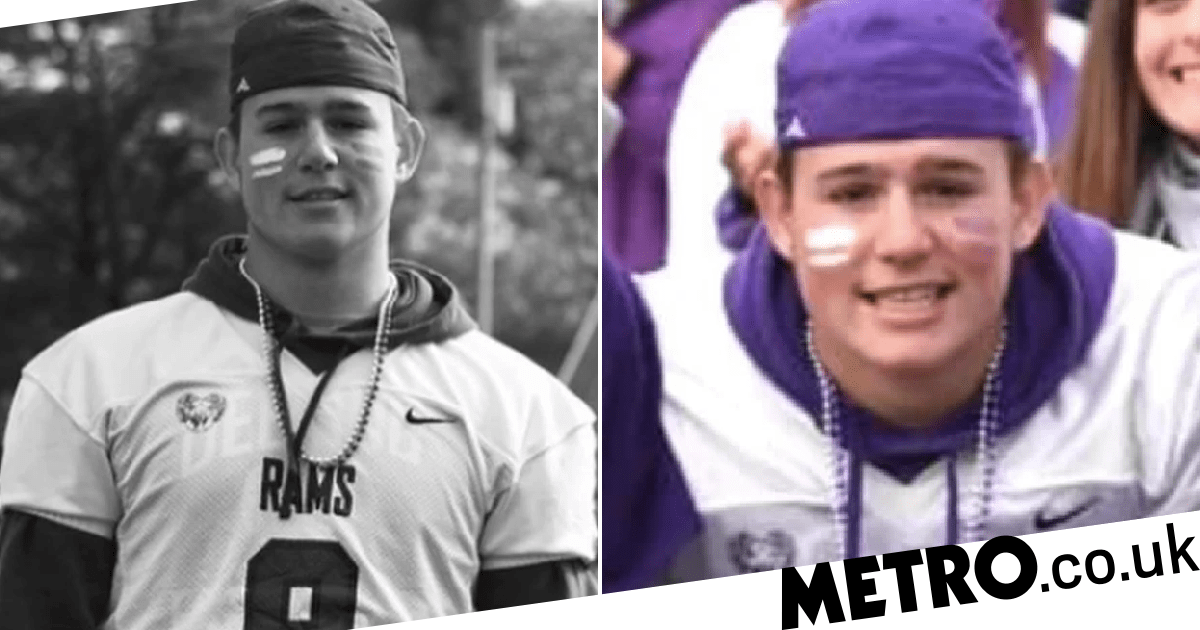 A 16 year-old schoolboy died while cutting grass after getting trapped between the lawnmower he was riding and a boat. Blaine Alves, from Portland, Maine, died on Monday afternoon. First responders who arrived at the scene were unable to save the teenager, and said he’d suffered ‘serious injuries.’

It is unclear how the young sportsman got trapped between the ride-on mower and boat, which was parked at the time. Police are investigating, and say they believe Blaine’s death to have been a tragic accident. The youngster attended Deering High School, where he played on the varsity football team as a fullback and linebacker.

Blaine was also on the junior varsity basketball team. Deering High School athletics director Michael Daly paid a glowing tribute to him, saying: ‘I just consider him a rising star in the school as a student, an athlete, and a leader.

‘He was a special kid. Really well known, well liked and well respected by all our students and also one of those kids who supported everyone.

‘He always had a great smile and great attitude and was a hard worker and he just had that quiet steady spirit. We were actually grooming him for a leadership role.

‘I just feel for the kids and the community, too, because they can’t gather like they normally would, but we’re supporting them with virtual gatherings.’

Blaine is survived by his sister Madison, who also attends Deering High, as well as his firefighter dad Michael and mom Michelle, the Portland Press Herald reported.