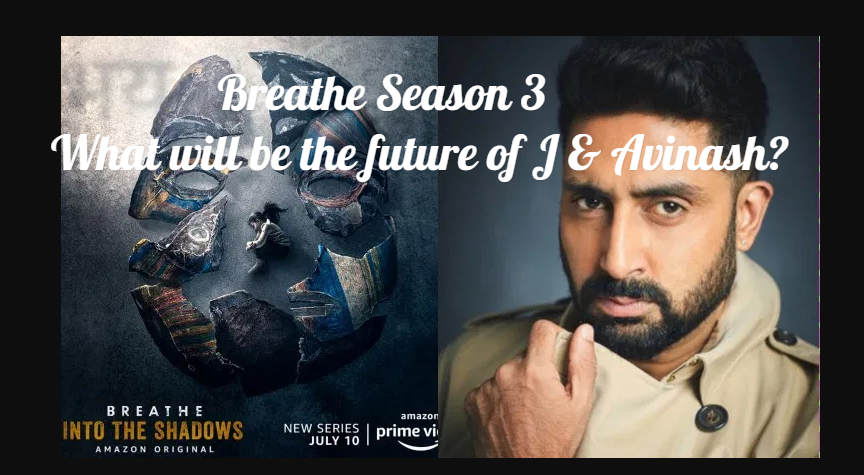 Breathe Into The Shadows one of the most suspicious thriller 12 episodes series which was released recently on Amazon prime. The Breathe season 2 has been really appreciated by the audience and now people waiting for the Breathe season3. Read more to know will there be a Breathe season 3.

Breathe Season 2, The 12-episode thriller is about a couple’s search for their missing daughter, and the manipulation that they face at the hands of a masked kidnapper. How a father becomes the victim of multiple personality disorder and becomes a kidnapper of his own daughter?

Abhishek Bachchan played the lead role in the series and Amit sadh as a COP. The latest Amazon Prime series Breathe: Into The Shadows season, 2 got almost positive reviews, This was an Indian crime series which was created by Mayank Sharma. The show features Abhishek Bachchan, Amit Sadh, and Nithya Menen in key roles. The Breathe season 2 was premiered on 10th July which is a sequel to 2018 series Breathe starer by R. Madhwan and Amit Sadh.

About the last Episode of Breathe Season2

At the last episode on the Breath 2, Abha and Kabir come to know about the Multiple personality disorder of Avinash and they both follow Avinash as J, finally, they released Siya from J and send Avinash to the Mental Asylum. When Abha wen to the hospital to Meet Avinash, he told her the J has no control over him now.

But at the end, Avinash is seen walking onto a stage with a limp implying that he was lying to his wife and psychopath J has taken complete control of his mind. This hinted a possibility of Breathe season 3. However, the makers have not yet confirmed the third season nor are there news of them cancelling it.

The ending of Breathe season 2 was quite suspicious and indicate a new start of a new crime, At the end The girlfriend of J visit to a mental asylum to meet Avinash and receiving a piece of paper with ‘C-16’ written on it. C-16 created a buzz. So what is C-16? is it a code word that J told Saiyami’s character he’d give her if he needed her help, in one of their chats in a hotel room.

WILL THERE BE A THIRD SEASON OF BREATHE?

It directly hints at the arrival of Breathe Season 3. Now it will be interesting to see how the story unfolds in the upcoming season.