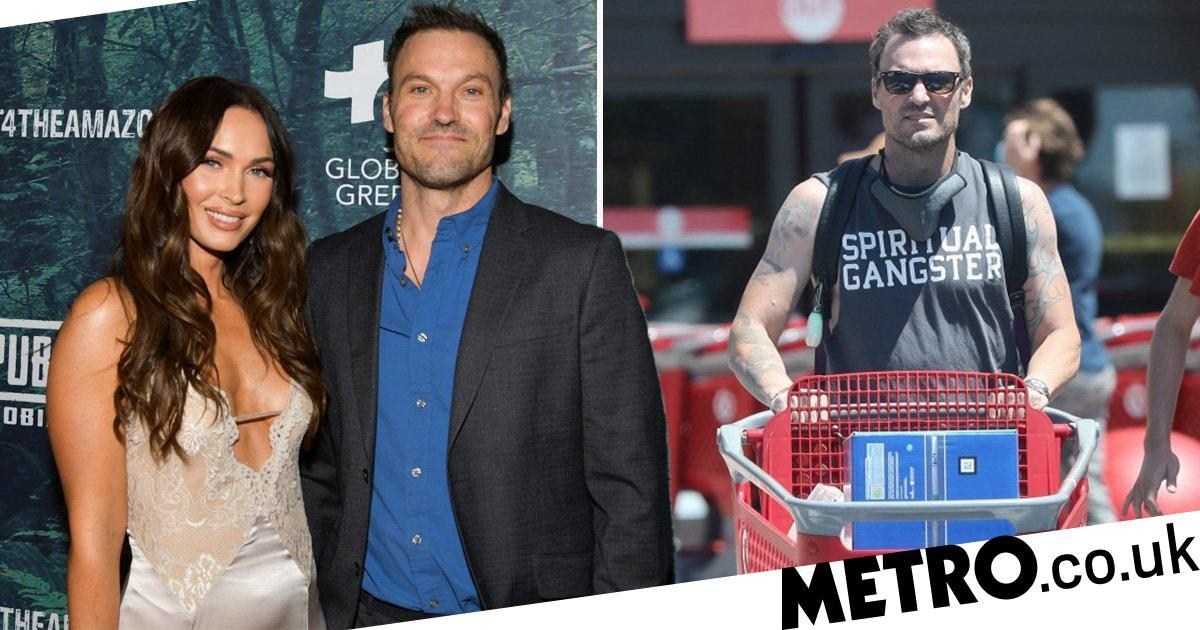 Brian Austin Green is said to be doing ‘okay’ and ‘not bitter at all’ as he was seen for the first time following his split from Megan Fox.

The Beverly Hills 90210 star confirmed that he and Megan were ending their relationship after 10 years of marriage, and Brian is said to be hopeful that they will ‘work things out’ eventually.

‘The split has been tough for him, but he is doing his best to stay positive,’ a source told People. ‘They split in the past and then got back together.

‘Brian has no plans to file for divorce. He isn’t ready to date either. It seems he is hoping that he and Megan once again can work things out.’

The insider added: ‘He is giving her space and letting her do her thing. He wants her to happy. He thinks she is a great mum and is not at all bitter that she is dating.’

It comes as the actor was spotted for the first time since the split was announced, being pictured leaving a Target store in Westlake, California.

Brian had previously confirmed he and Megan had ‘gone in separate ways’ on his podcast …With Brian Austin Green, revealing: ‘I want everyone to hear everything from me, and this is it.

The 46-year-old explained that his wife had told him she wanted to spend some time apart after returning from a film set for several weeks.

He continued: ‘She said, “You know what, I realised while I was out of the country working alone, that I feel more like myself and I liked myself better during that experience. And I think that’s something that might be worth trying for me”.

‘I was upset about it, but I can’t be upset at her and I wasn’t upset at her because she didn’t ask to feel that way.’

He later addressed the pictures of Megan with rapper Machine Gun Kelly, who she met on the set of Midnight In The Switchgrass, but he insists they are ‘just friends at this point’.

Brian also stated he and the Transformers actress will continue to remain friends and co-parent their children together.

Megan and Brian first met on the set of Hope and Faith in 2004, and began dating, with the couple first getting engaged in November 2006.

The two later called it off in February 2009, but eventually got engaged again over a year later, and married soon after.