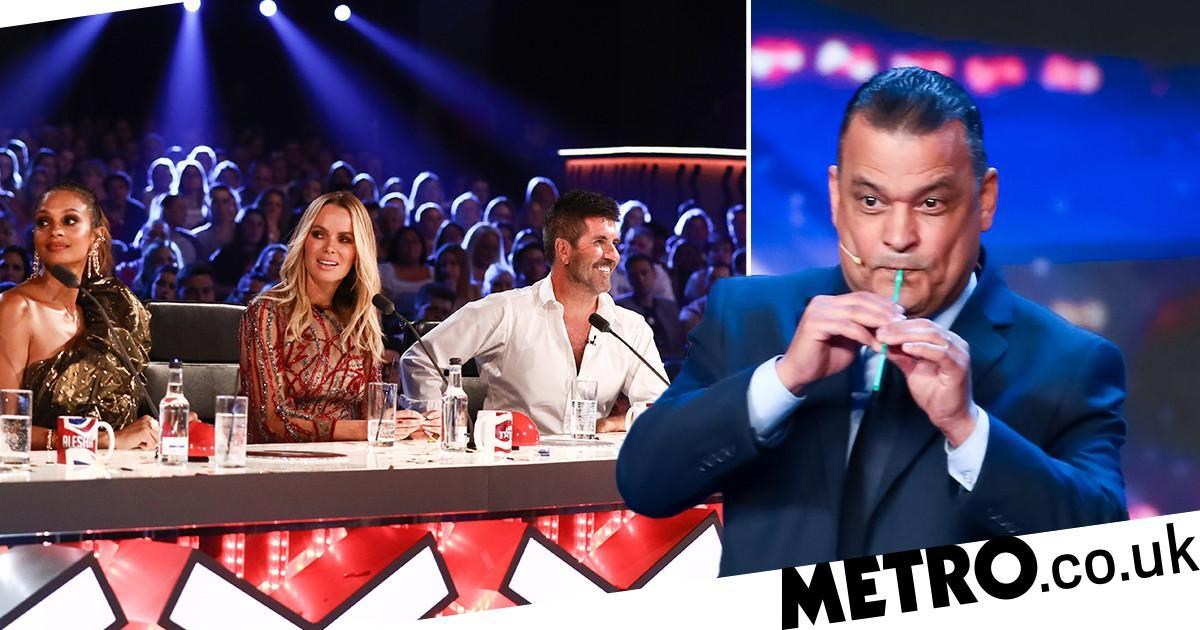 Just when you think you’ve seen everything on Britain’s Got Talent, something new comes along to surprise you – like a man playing songs on drinking straws.

Hasan Minawi, a 48-year-old music teacher by day, surprised the audience when the instrument he brought along to play was a series of plastic straws.

The contestant pulled out a drinking straw with several holes cut into it, baffling the audience with what he was about to do.

While it clearly would make for a terrible implement for drinking with, a straw with several holes can apparently make some surprisingly tuneful sounds.

Hasan kicked off his performance by playing My Heart Will Go On from Titanic through the modified straw to laughter from the audience.

The judges weren’t quite sure what the tiny instrument Hasan had produced from his pocket was, so hosts Ant and Dec had to go on stage to verify that the incredible sounds were being made on a straw.

Proving he’d fashioned some impressive instruments from the straws, Hasan then segued into a bagpipe medley of Scotland The Brave with three more straws in the side of his mouth.

A spirited rendition of La Bamba had the crowds dancing along with him before he finally took his bow in front of the audience.

David Walliams told him: ‘Hasan, well done. How long have you been playing the straw?’

Simon Cowell dissolved into giggles as he said: ‘This is something we weren’t expecting or have seen before!’

But will the judges think playing the straw is an impressive enough talent to perform in front of royalty and put him through, or is it too much of a gimmick to get Hasan through to the live finals?

Britain’s Got Talent airs on Saturday at 8pm on ITV.