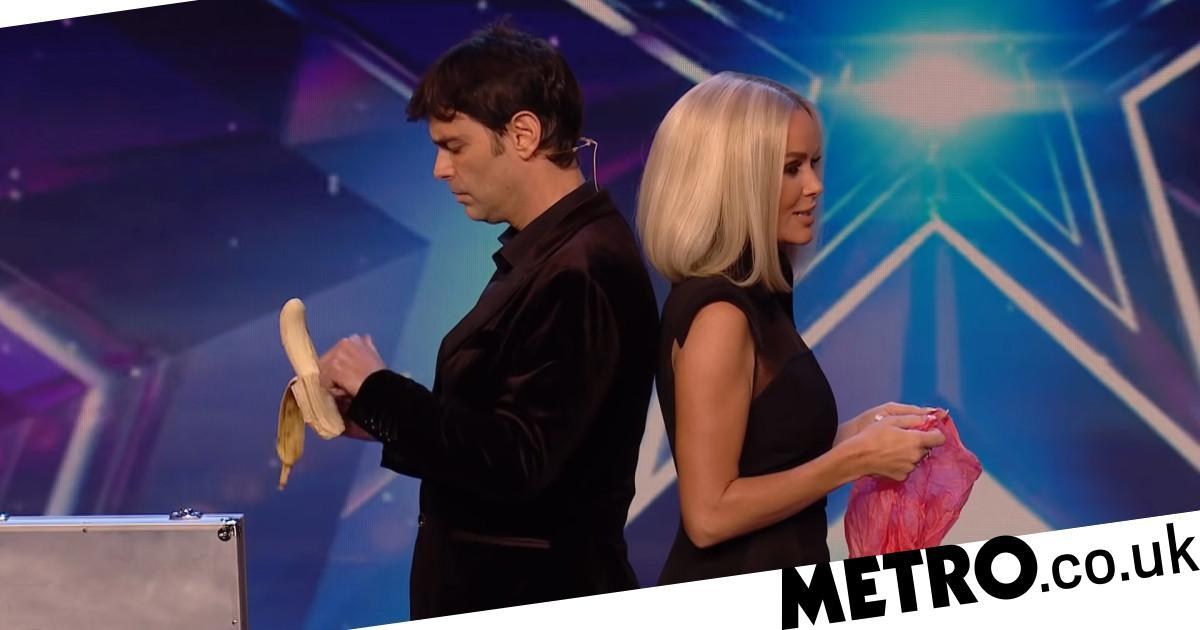 Britain’s Got Talent act Lioz Shem Tov has previously performed for judge Simon Cowell on America’s Got Talent, as well as appearing on the Australian spin-off too.

Viewers were in stitches tonight as mentalist Lioz engaged in a comedic act, roping in Amanda Holden for a very tongue-in-cheek performance as the perhaps the worst illusionist we’ve ever seen.

Even during the performance, Simon seemed to recognise the man stood before and commented, ‘I think he’s performed for me in America.’

And, in actual fact, he has.

He even made it to the live finals of the Aussie spin-off the show, so we know he’s certainly got the goods to go far in the competition.

Impressing everyone with his hilarious act, Lioz got four yeses from David Walliams, Alesha Dixon, Simon and a very confused Amanda, who was holding a pink bag with a banana peel at the time. Very glam.

Elsewhere on tonight’s show, viewers were enthralled as an underwater escape act very nearly drowned in a death-defying stunt.

Christopher Weber was submerged underwater for over four minutes as David Walliams attempted to help free him, choosing multiple wrong keys to un-pick a lock.

Christopher and his assistant Hans thankfully survived, and got four yeses to proceed to the next round – but some fans were catching their breath after the shocking scenes

‘That was bloody close,’ one commented and we have to agree.

A 10-year old singer also blew the audience both at home in the show away after she brought down the house with a rousing Greatest Showman cover.

Britain’s Got Talent continues next Saturday at 8pm on ITV.

MORE: Little Mix’s Jesy Nelson glowing as she goes natural after opening up about vile trolls