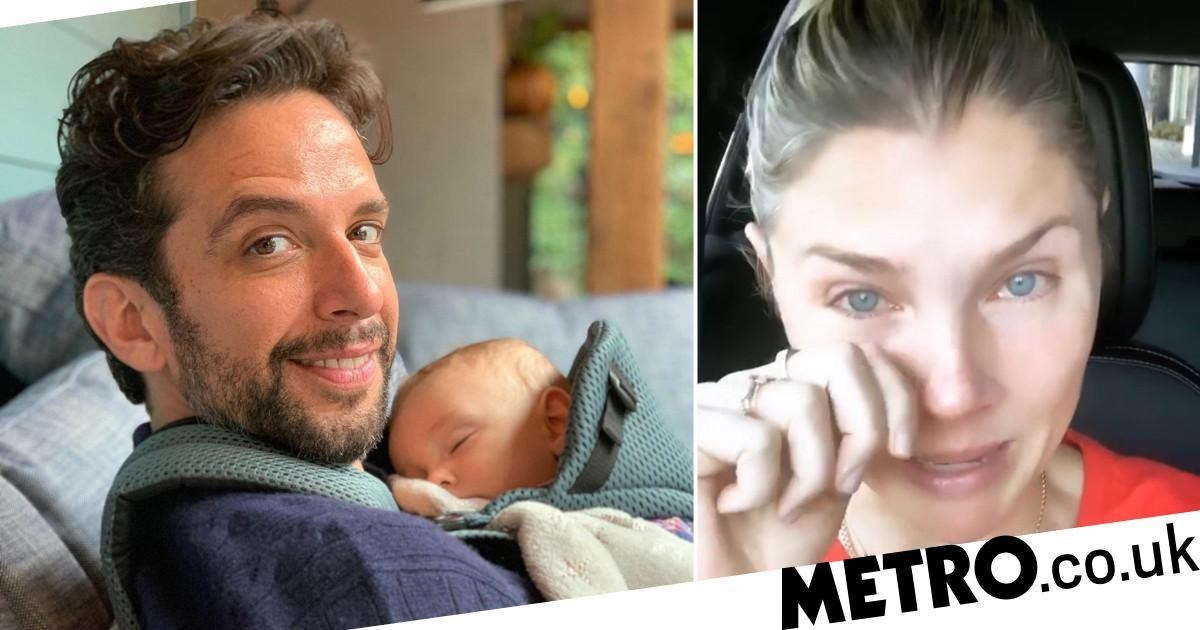 Nick, 41, has been in intensive care since 30 March when he tested positive for Covid-19.

He then had to have a leg amputated after suffering a life-threatening blood clot.

Sharing the latest update on Nick’s condition, his wife Amanda Kloots wrote in an Instagram story on Monday (25 May): ‘Nick is doing slightly better than yesterday. He is still very sick and battling a lot.

‘They turned him to a proning position today to open his airways. He has had this before and it helped a lot. They also cleaned his lungs out again to help fight the infection.’

Amanda then clarified: ‘He is and has been COVID negative now for weeks. What he is and has been dealing with is the fail out [sic] from the virus and from infections that arise from being in the ICU as long as he has.

Nick woke from a medically-induced coma last week but Amanda then revealed his health had gone ‘downhill’ again, before later stating he was ‘defying the odds’ by continuing to fight.

Breaking down in tears, Amanda told her Instagram followers in a video: ‘Nick has had a bad morning.

‘Unfortunately, things are going a little downhill at the moment, so I am asking again for all the prayers, and mega prayers right now.

‘Please cheer and please pray for Nick today, and I know that this virus is not going to get him down. That’s not how his story ends! So please keep us in your thoughts and prayers today, thank you!’

A few days later, she then revealed: ‘He is doing good. He is defying odds. He is fighting and showing small improvements each day.

‘It is exactly what we need. Small improvements are small wins that equal a VICTORY! Thanks be to God.’

Nick’s lungs were also severely damaged by the coronavirus and he suffered multiple mini-strokes after going to hospital.