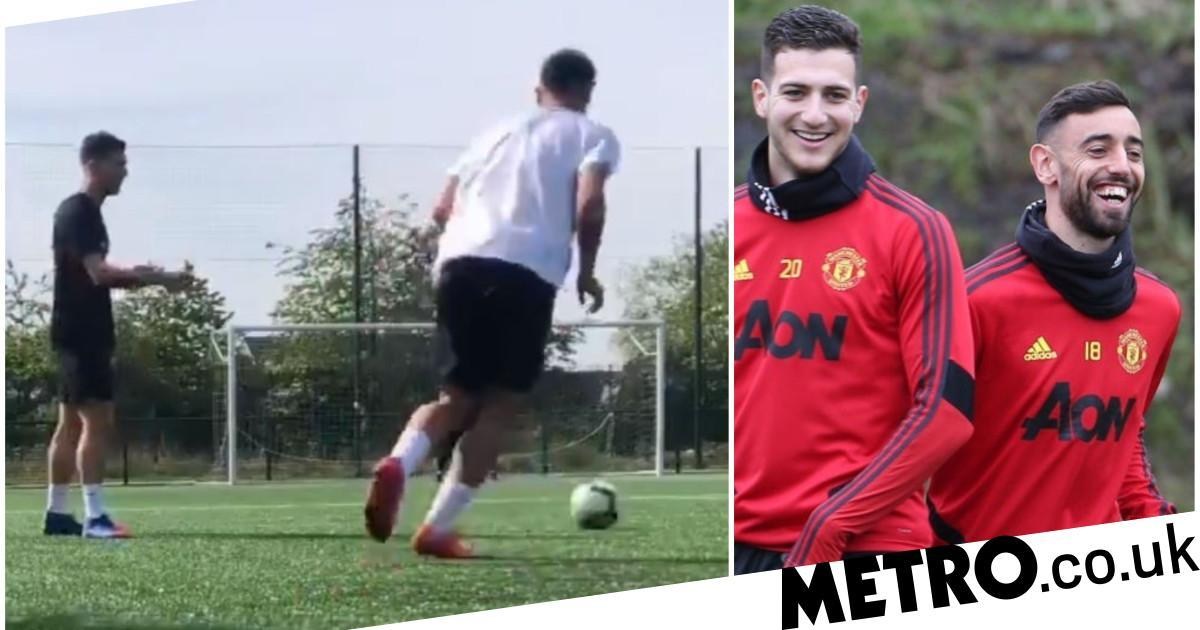 Bruno Fernandes and Diogo Dalot are working together in extra training sessions as Manchester United’s players step up their preparations for the Premier League’s return.

With the Premier League aiming to return on June 20, United’s players returned to Carrington this week for the first time in over two months since the coronavirus lockdown.

United’s players trained at staggered times in small groups at Carrington and observed social distancing throughout their sessions.

But Fernandes and Dalot are keen to hit the ground running when the Premier League gets back under way and both players have teamed up with RH Elite Coaching in Manchester to take part in extra sessions to improve their sharpness.

In one video, Fernandes and Dalot exchange short passes with their coaches before the £67.7 million January signing took a shot at goal.

In another clip, Fernandes was filmed practising his free-kicks and penalties, which included his run-up that ended with a hop before he struck the ball.

Since arriving at United, Fernandes has made an immediate impact with three goals and four assists in nine appearances.

Dalot, meanwhile, has made just 10 appearances for United this season as his campaign has been heavily disrupted due to injury.

Once the Premier League gets back under way, Fernandes could be lining up alongside Paul Pogba and the Portugal international admits he is relishing the prospect.

‘I know Paul from Juve, because I played against him in Italy. And believe me, it’s really hard to play against Paul,’ Fernandes said in a Q&A with United last month.

‘Because I play in midfield, I mark him. We play in the same line, so it’s really difficult to play against Paul, because he has power, he has technique.