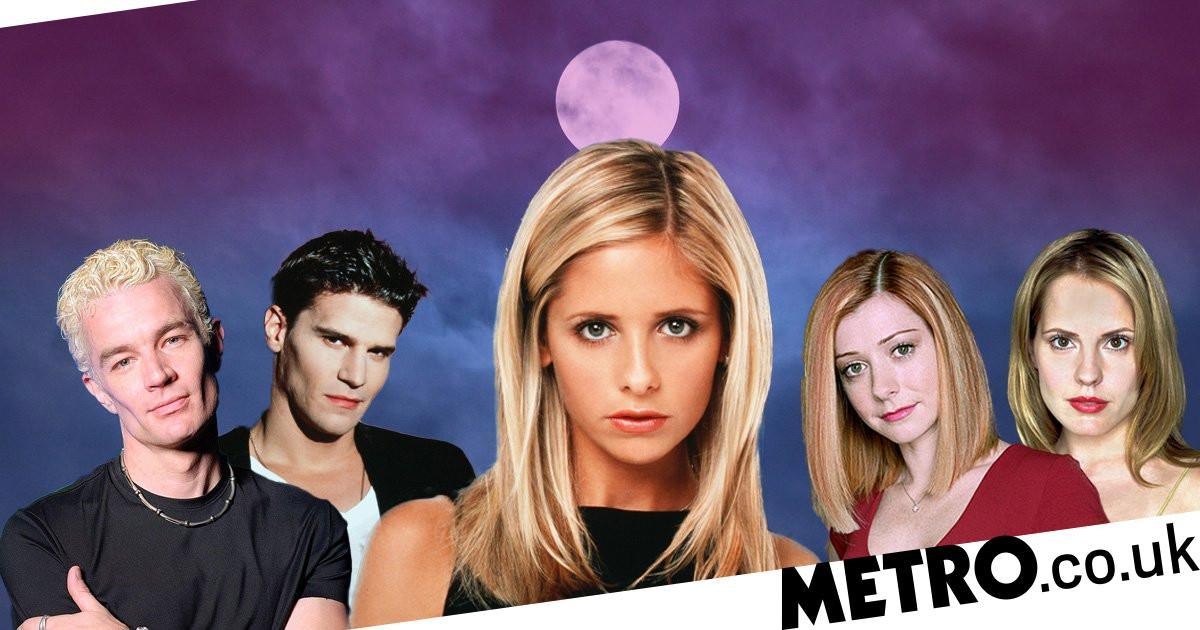 It’s quite hard to believe that Buffy The Vampire Slayer ended 17 years ago – where has the time gone?

The popular supernatural series, which was broadcast between 1997 and 2003 on The WB and UPN in the US, focuses on Buffy Summers (Sarah Michelle Gellar), the latest in a long line of young women known as ‘Vampire Slayers’, who are called to fight against vampires and other forms of evil.

Buffy tries her best to live as much of a normal life as she possibly can, while also juggling her second identity – with a ‘Watcher’ (Anthony Head) on hand to guide and teach her along the way.

The show became a smash hit upon its release, and is often listed as one of the greatest television series of all time.

But where are the cast members today?

We all know Sarah for playing the titular role of Buffy Summers in the series. In fact, you could argue that this show is responsible for propelling her into the superstar that she is today.

Last year, she made a special guest appearance as herself in the series finale of The Big Bang Theory – which has been hailed the best celebrity cameo.

In 2015, she founded the cooking and lifestyle company Foodstirs, and released her first cookbook, Stirring Up Fun With Food, in 2017.

She is also a happily married wife to actor Freddie Prinze Jr – the two tied the knot in 2002 and have two children together.

Nicholas portrayed the role of Xander Harris – one of Buffy’s close friends who helps her on her mission to save the world against the supernatural forces plaguing their town.

The actor is also well known for his role as Kevin Lynch in the crime drama series Criminal Minds, which he starred in between 2007 and 2014.

He helped contribute towards the Buffy Season 10 comic book, which is a continuation of the original series. Between 2014 and 2015, he also starred as Jackson Lee in the MTV series Faking It.

However, Nicholas’ career successes have not come without legal issues – the 49-year-old has found himself in trouble with the law several times over the past decade, and has also struggled with alcoholism.

Alyson is best known as Willow Rosenberg, one of Buffy’s best friends and an integral part of her so-called ‘Scooby Gang’. As the series progresses, she begins to practice witchcraft – and her dependence on magic develops into a dark force, leading to her becoming a villain in the sixth season.

After Buffy ended, Alyson starred as Lily Aldrin in the popular sitcom How I Met Your Mother, which aired on CBS between 2005 and 2014. She’s also well known for her portrayal of Michelle Flaherty in the American Pie film series.

Since 2016, she has presented the magic competition series Pen & Teller: Fool Us, which is broadcast on ITV and The CW in the US. She has also provided the voice of Claire Clancy in the Disney Junior series Fancy Nancy since 2018.

Alyson is also married to her Buffy co-star Alexis Denisof, with the two tying the knot in 2003. They have two daughters together.

Charisma played Cordelia Chase, a friend of Buffy’s who is a series regular for the first three seasons of the show. The character later became a part of the main cast for the show’s spinoff series Angel, which was broadcast between 1999 and 2004.

In the years following, she starred in a multitude of series such as Charmed, Veronica Mars and Greek, and played the role of Lacy in the action film The Expendables (2010) and its sequel. She also starred as Rebecca Sewell in the teen drama The Lying Game (2012-2013).

The actress also notably appeared on the cover of the June 2004 issue of Playboy magazine, and did a ten-page nude layout.

Anthony played the role of Rupert Giles, Buffy’s ‘Watcher’ mentor. Throughout the course of the series, he also becomes a father figure to her and her friends.

Following the end of Buffy, Anthony went on to play the role of The Prime Minister in the comedy series Little Britain, and is also known for starring as Uther Pendragon in the fantasy series Merlin between 2008-2012. He recently lent his voice to the animated Batman film Gotham By Gaslight In 2018.

Anthony currently resides in Bath with his partner Sarah Fisher. He has two daughters, Emily and Daisy, who are both actresses.

David played the role of Angel, a vampire who becomes a private investigator. He also played the same role in the titular spinoff series.

After Buffy ended, the actor subsequently starred as Seeley Booth in the crime series Bones between 2005 and 2017.

He also directed 11 episodes of the show throughout its run. He’s also made guest appearances on the animated series Family Guy and American Dad, and voiced Green Lantern in the 2008 DC Comics film Justice League: The New Frontier.

In recent years, he has starred in the CBS military series SEAL Team, as a member of the United States Navy SEALs.

Seth is known to Buffy fans as Daniel ‘Oz’ Osbourne – a guitar-playing teenager who later becomes a boyfriend to Willow.

Originally a recurring character in the second season – in which he discovers he is a werewolf – he later becomes part of the main cast in the third season, before departing at the end of the fourth season.

The actor is perhaps best known for his involvement in the Adult Swim cartoon Robot Chicken, as well as voicing many characters through the series, he is also a co-creator and executive producer.

Robot Chicken asides, Seth is well known for voicing Chris Griffin in Family Guy, and has also appeared as Evil Scott in the Austin Powers film series. Last year, he released Changeland, his first film as writer and director.

Seth is married to actress Clare Grant, with the two tying the knot back in 2010.

James played the role of the vampire Spike, who was known to be a villain and anti-hero throughout the series’ run. Spike also appeared in the Angel spinoff series.

Following the conclusion of both Buffy and Angel, he later starred as Professor Milton Fine in the superhero series Smallville between 2005 and 2010. He also appeared in the likes of Saving Grace, Torchwood and Hawaii Five-0.

He recently played the role of Victor Stein in the web series Runaways between 2017 and 2019.

Acting asides, James has an active music career, and is the lead singer of the alternative rock band Ghost Of The Robot.

Emma portrayed Anya Jenkins, who had become human again after spending over a thousand years as a vengeance demon. Originally a guest character, she became part of the main cast in the show’s fifth season.

Emma is also known for her role as Caitlin Greene in the horror film Darkness Falls (2003), and has since appeared in series such as Gigantic, Once Upon a Time and Fear The Walking Dead.

She is married to Mark Leslie Ford, and gave birth to her first child, a daughter, in 2016.

MORE: Sofia Richie ‘consistently supporting’ Scott Disick as he works on ‘past traumas’ amid rehab