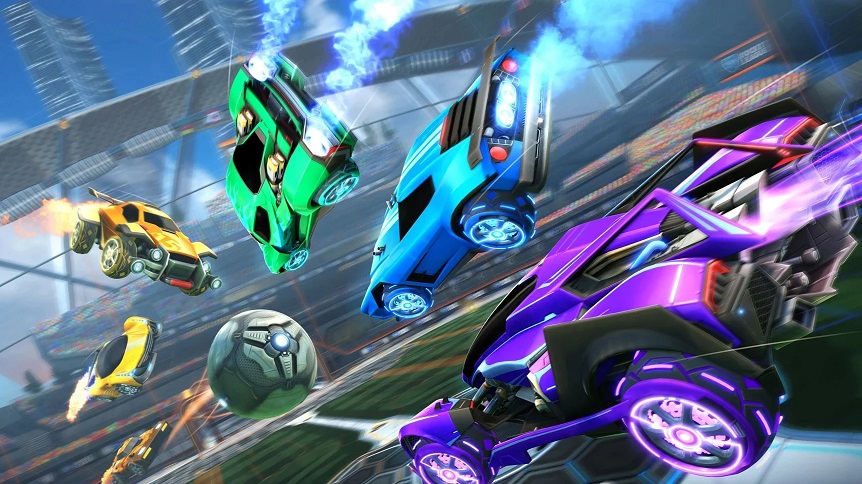 Rocket League is a popular videogame that has been easily recognized by its curious gameplay, which combines the fast rocket-propelled vehicles with the bases of Soccer, where two rival teams must try to score goals against their opponent with a kind of ball. Although the gameplay of this videogame may seem a bit odd at first glance, it actually has some very well executed mechanics that can be quite addictive, requiring continuous training in order to improve over time.

Although Rocket League is a videogame with quite simple gameplay and mechanics to learn, it is extremely complex to be able to master them completely, since performing actions such as dominating the ball, moving strategically on the court, or even scoring goals, requires a lot of training and skill.

That said, here are some indispensable tips for newcomers to this videogame who want to significantly improve their gameplay and look for useful tricks to get the most out of Rocket League mechanics. These recommendations were provided by several very experienced Rocket League players, so they will be able to help any novice player, and will probably also provide some important data to many more advanced players. It should be noted that these tips can be applied to any version of the Rocket League, whether console or PC.

Mastering the use of cameras

One of the most important and complex game mechanics for mastering the Rocket League is undoubtedly the control of the cameras. Handling the camera in this videogame is complicated even for the most experienced players since it is necessary to know how to move the camera in each specific situation, so a lot of practice will be needed. However, knowing how to handle the camera is essential to know how to position yourself on the court, be able to see your teammates, have better control of the situations that arise, know the best way to attack your opponents, know how to position yourself to hit the ball better, among other important benefits in the games.

As all players know, Rocket League has two types of cameras: the fixed camera and the ball camera, which should be taken in turns during the games, since each one offers a better view in specific situations.

When you are very close to the ball it is better to leave the ball cam, as it will offer a less confusing view and help improve visual agility when hitting the ball. While the fixed camera is the most comfortable, as it does not require constant manipulation of the player, and is the most useful to see the ball from a distance and have some perspective, even when the ball moves very fast. But when it comes to backing up or getting a boost, it’s always better to use the ball cam to be able to see properly. It is also important to have good reflexes to change the camera at the right time because if we are using the ball cam and suddenly the ball comes to us, the situation will be difficult.

One of the most important tips to improve in Rocket League is to know the different vehicles in the game, because all of them are different, both in their external form and in their parameters. The vehicles in this videogame can be differentiated by the amount of boost they need to accelerate, the weight they have, the speed they can reach, and their acceleration. These parameters can be very subtly different in each vehicle, but they can make a big difference when driving them.

As far as the shapes and dimensions of the vehicles in the Rocket League are concerned, the difference becomes more noticeable and it can be said that each vehicle has its advantages and disadvantages. For example: Aerodynamic vehicles like Paladin are the best to move in the air, while small vehicles like Gizmo are very fast on the ground, and thanks to their small size they can avoid rival vehicles much better, but both types of vehicles hit the ball less strongly than the others. Large vehicles such as Merc are the most effective in reaching aerial balls or those that are directed at walls, and due to their size, they have a larger impact zone, which will allow them to perform frontal strikes with greater power.

Learning to move strategically around the court

It’s pretty obvious that Rocket League gameplay is almost entirely based on soccer, and as everyone knows, soccer isn’t just about running and chasing a ball, it’s something much more complicated than that.

A key element to mastering Rocket League is know how to move around the court and analyzing exactly when to attack and defend, which is achieved through constant practice.

It is necessary that the players read the game before positioning themselves on the field, for example: If we are playing in 3vs3 and our whole team is focused only on the attack, it is very likely that when the ball bounces to the opposite direction it will end up providing the opponent with a goal against us, since there will be no one in a correct position to save the ball, so it is advisable to always place a player in the center of the field or in the opposite zone so that he can save the ball when a harmful bounce occurs. Although that formation is quite simple, at the base to be able to get a position that covers both attack and defense.

When moving within the court, it is also important to know how to leave space for our teammates, as it is quite common for rookies to get very close to their teammates until they end up getting in the way, so it is important to keep your own spaces when it is time.

Learning to work as a team

Rocket League is a videogame that focuses more on multiplayer, both competitive and cooperative, so teamwork will be paramount in order to defeat rivals. Teamwork within Rocket League is largely based on complementing our teammates in whatever way necessary, trusting them, and avoiding getting in their way. It is also necessary to analyze our teammates until we can deduce a little bit about their way of playing, their state during the game, their amount of boost, their position on the court, their attacking or defensive skills, among other aspects. It should be noted that it is much better to play with friends, as that way there will be fewer communication problems, the roles of each member of our team will be better defined, and it will also be more fun.

Learning to take advantage of the scenarios

It should be clear that Rocket League scenarios are designed in a strategic way, so each of its corners has a purpose. That said, it is quite necessary to learn how to shorten the path and avoid opponents through stage walls, and to take advantage of the walls, it is necessary to carefully visualize the court and act at the right time. It is also important not to lose sight of the ball when looking at the stage, as that way you can better determine its trajectory in case it bounces. For both attacking and defending, taking advantage of the stage is of paramount importance in order to achieve victory.

Another effective method to improve in Rocket League is to make the most of the various foreign markets focused on this game. Among the several marketplaces that can be obtained nowadays, one of the most recommended is undoubtedly Eldorado.gg, since this platform has been recognized for guaranteeing security in the sales of its users, for its easy to handle interface, and for offering a huge amount of items related to the popular Psyonix game, where the possibility of buying Rocket League credits in large quantities stands out, as well as the possibility of getting accounts, avatar borders, rare wheels for vehicles, or even trails at the best price.

Having said all that, it is hoped that these tips can be of help to those who wish to improve much more in Rocket League and can achieve their own style of play more easily. Although the tips were quite basic, they turn out to be the key to understand a little more about the mechanics that can be used in Rocket League, and they also highlight the most important thing to improve in this videogame, which is a constant practice.