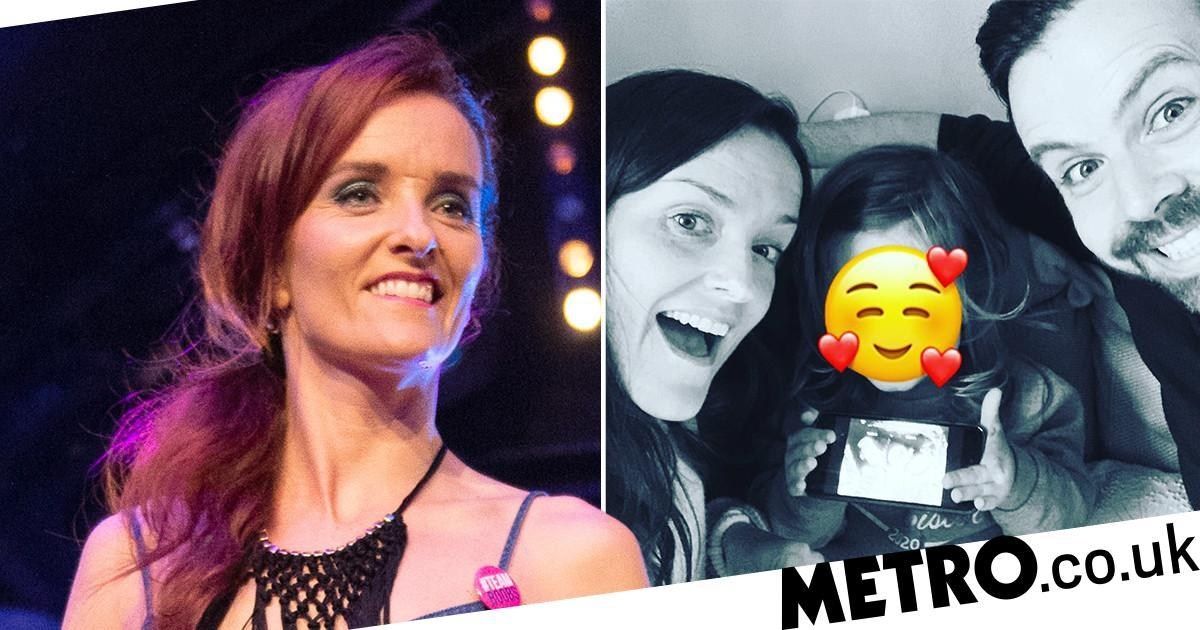 B*Witched star Keavy Lynch has announced she is pregnant with twins.

The 40-year-old singer – who married Nathaniel Comer in 2017 – welcomed their first child Freya in January 2018 and they are now expanding their little family.

Keavy is an identical twin herself, and was in the hit pop group with sister Edele, so it seems twins run in their family!

Taking to Instagram, the singer shared a few snaps of the scan and her growing baby bump.

She wrote: ‘So I have been pretty quiet on here since lock down. For the first 3 months I was feeling pretty rough, shattered and sick all the time.

One snap showed her little girl holding the picture of the scan, and we bet she’s excited to meet her new siblings.

Fans took to the post to congratulate Keavy on the good news.

‘Congratulations 🎈 on the babies 👶🏻 👶🏻 announcement how exciting ✨ for you and the entire family god bless 🙏🏻,’ one commented, making sure to add two baby emojis.

Keavy and Edele rose to fame in the Irish girl group in the late 1990s alongside Lindsay Armaou and Sinéad O’Carroll.

They had a few years of success thanks to their hits such as C’est La Vie, Rollercoaster, To You I Belong and Blame It On The Weatherman, each of which topped the charts in the UK.

They split in 2002 and Keavy and Edele – who have another famous sibling, Boyzone star Shane Lynch – went on to form a new group called Barbarellas in 2011.

In 2012, B*Witched reunited for ITV2 documentary series The Big Reunion alongside the likes of 911, Five and Atomic Kitten.

MORE: General Hospital spoilers: Nelle has a surprise for Michael as their custody battle rages on